“I acted as an ignorant a– who was willing to jeopardize everything he worked for because you got drunk, because you had an argument, because it was testosterone in the air. If that situation between he and I had escalated more, when we got off that plane, me and Boss would’ve been arrested. Luckily, nobody was arrested. You know, the cops just wanted to make sure everybody was OK.”

Check out the video of the explosion between Hart and Boss and then view the reactions:

#KevinHart is getting mixed reactions over an argument/altercation that he had with his trainer. pic.twitter.com/ckkT60XiM6 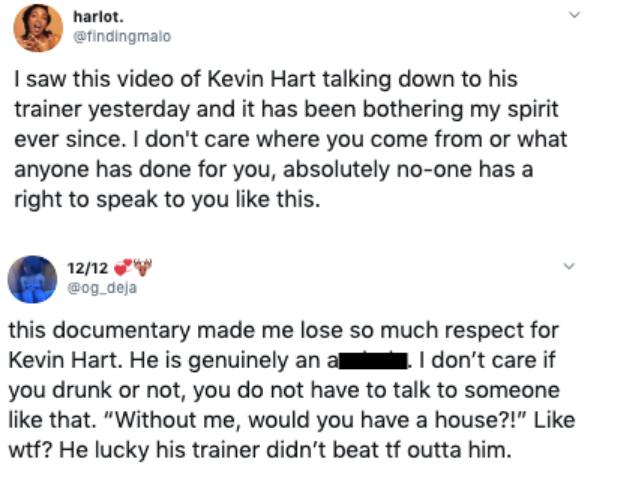 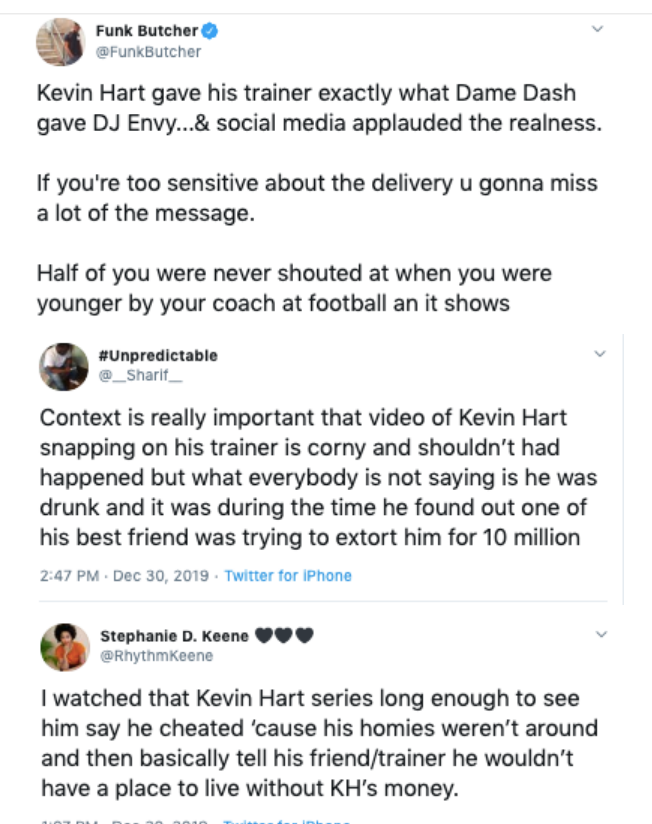 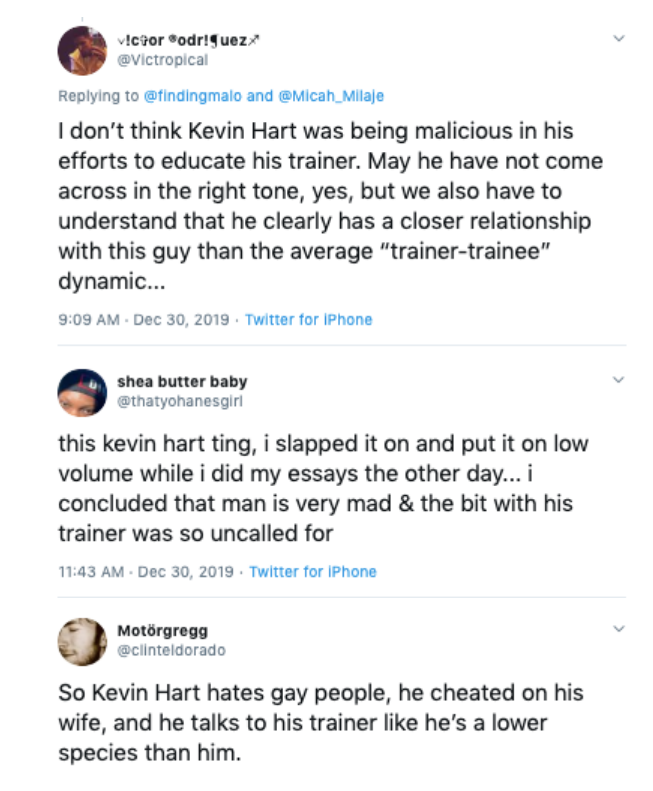 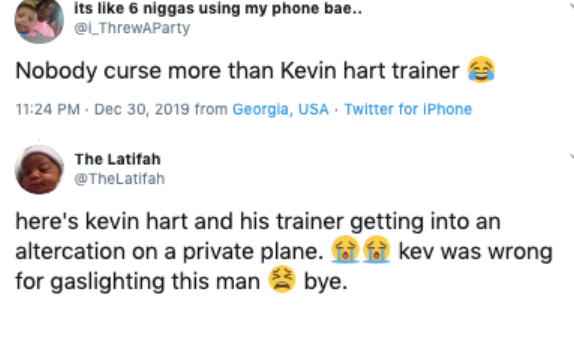 I don't think his friend will ever get over that . It's on film for life .And don't think that the 1st time kevin did that to him. The barber better watch out he is next

I’m annoyed at how childish this #Kevinhart special is. He blames everyone for his problems but himself. No accountability. And his wife sounds like a plain fool talking about his cheating & y she stayed. A hot mess #netflix pic.twitter.com/fQOzSrhGTP