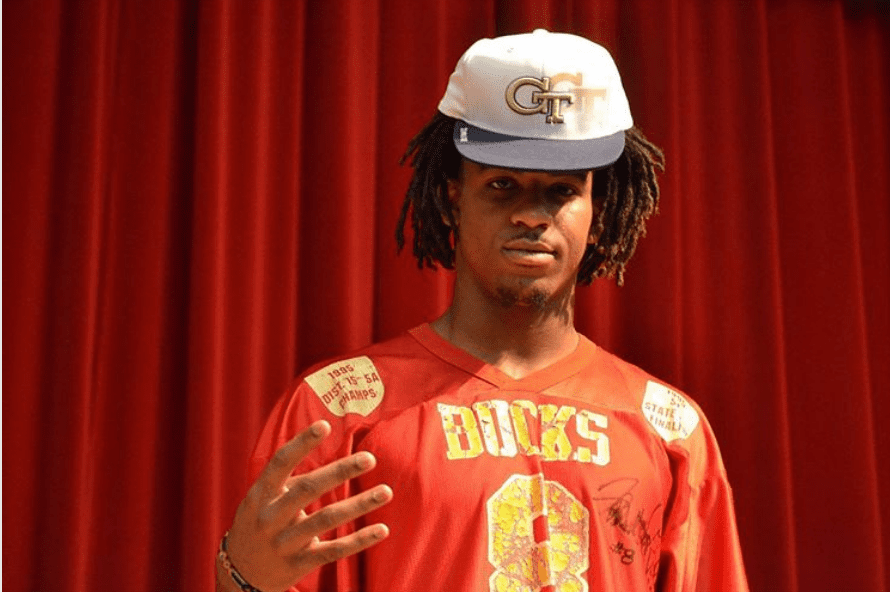 Bryce Gowdy was one of the best high school football players in the nation. The 4-star wide receiver senior from Deerfield Beach High School received a scholarship to play at Georgia Tech, but financial hardships and mental health issues derailed his promising future.

According to Sun-Sentinal, Gowdy’s death was ruled a suicide after authorities found him near train tracks in Broward County, Florida.

Gowdy, his mother, and two brothers struggled financially and dealt with homelessness. They lived in a car,  or a low-cost motel whenever they could get enough money to book a room for the night.

The stress of seeing his family struggle apparently escalated Gowdy’s mental health issues. Close friends and family members said that he began to speak erratically and was paranoid.

On Dec. 30, Gowdy went missing after his mother, Shibbon Mitchell, asked him to retrieve a blanket from their car. Mitchell went on Facebook live that evening to tell her followers that Gowdy was missing and had been dealing with mental health issues.

“A few days ago, Bryce was talking crazy … he kept talking about the signs and symbols he was seeing,” said Mitchell in a now-deleted social media video. “He kept saying he could see people for who they really are. He was really happy, though, talking about his future.”

On Jan. 1, police said Gowdy intentionally stepped in front of a train to end his own life.

Gowdy’s life was on track to change dramatically in the upcoming weeks. He was scheduled to move to Atlanta on Jan. 6 where he would begin classes at Georgia Tech.