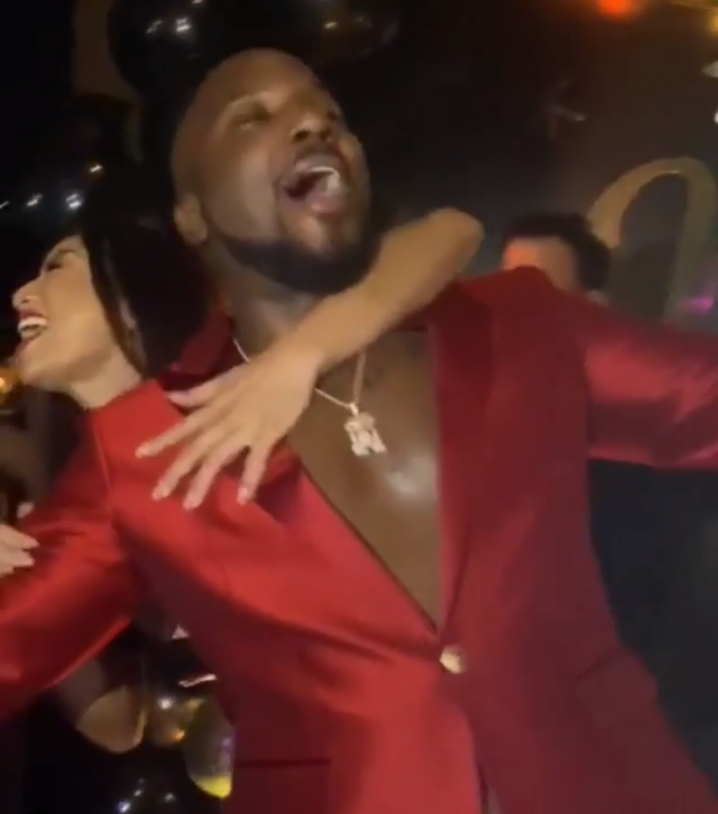 Jeezy, aka Jay Wayne Jenkins, 42, advised Mai that he could not sing “Happy Birthday” to her. But he announced with authority that he brought someone to handle those duties for him.

That surprise singer belted out one of Mai’s favorite songs from the 1990s. R&B crooner Tevin Campbell wowed Mai when he appeared and began singing his classic 1993 cut, “Can We Talk,” as he walked towards Mai. The couple can be seen singing this song on Instagram just last month, which made the surprise that much more special for “The Real” co-host.

@Jeezy baby. Thank you for the bestest birthday gift….you in my life ❤🎤🚗

Mai, who turns 41 on Jan. 4, was floored by the surprise and began jumping up and down and wrapped her arms around Jeezy.

After Mai composed herself, she and Jeezy and the rest of the crowd joined Campbell in singing the old school joint.