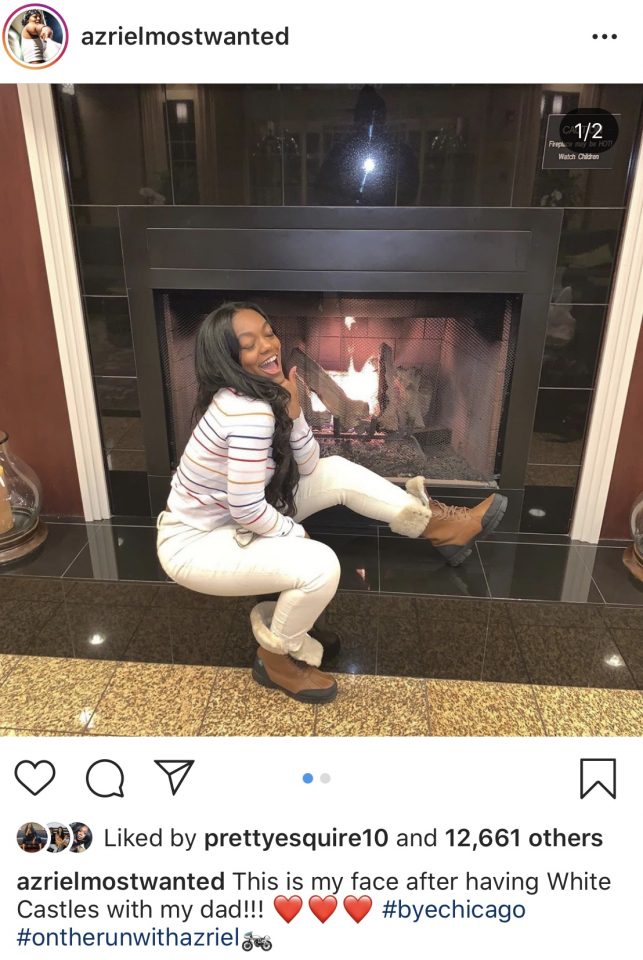 The saga of R. Kelly, his criminal case, and his feuding girlfriends continue. On Jan. 11, Azriel Clary responded to claims that she got into a fistfight with her girlfriend, Jocelyn Savage, for clout.

On Jan. 8, Clary claimed that Kelly and Jocelyn Savage had sex with her when she was only a minor. Clary made the claim while on Instagram live and before engaging in a physical altercation with Savage. Clary was attempting to collect items from Kelly’s Chicago condo when the two got into an altercation.

While Clary was on Instagram live, Savage confronted her and the two began arguing. Savage yelled at Clary, “You’re so disrespectful and evil.” Clary responded, “I need to protect myself…You were sleeping with me as a minor.”

Clary shouted at Savage after dropping her phone as the two got into a fistfight.

Kelly’s lawyer responded to Clary’s claim that she had sex with Kelly and Savage when she was a minor. “I have a statement written by Azriel that she provided to me, voluntarily, after Robert was already in jail, that said she never had sex with him when she was underaged,” he said in an interview with TMZ. “As far as this little catfight, it is clear that it was staged to try and boost social media popularity.”

Today, Clary responded by posting on Twitter, “To everyone saying I’m a ‘clout chaser’ please know I would’ve made it with or without Robert. I had drive, ambitions and goals before Robert and I have them after. He was not the first celebrity I had met, he was just the first to take advantage of me. I’m just smarter now.”

In an early post, Clary wrote, “No one ever wakes up and says “today I’m going to be manipulated, or taken advantage of, or kidnapped”.. those are things you just cannot control. I never thought me and victim would ever be in the same sentence because I was too in denial.. but once you realize, you realize.”

Clary has reportedly returned to her parents’ home.