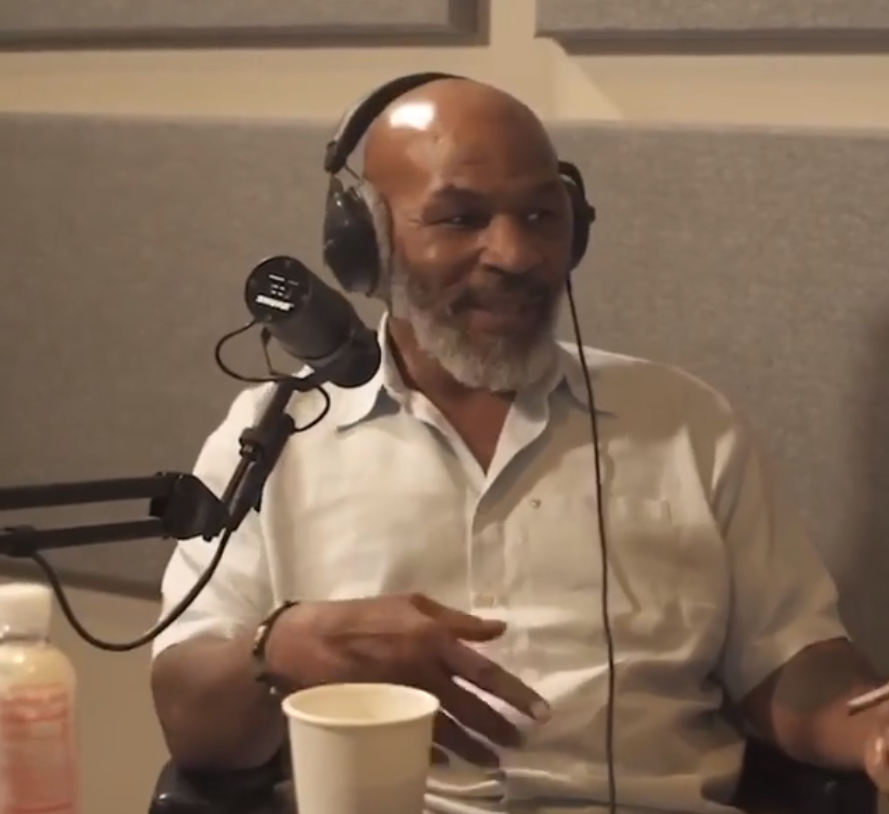 Heavyweight boxing legend Mike Tyson covered a lot of ground in his interview on rapper T.I.’s “ExpediTIously” podcast, including his 10-year marriage, meeting Michael Jackson and his regret that his children don’t like Black kids.

Tyson, who became the youngest pugilist titleholder of all time at 20 years old, told Tip that he has successfully worked on his fidelity to his wife, Lakiha Spicer. The father of eight children, who has been married to Spicer for 10 years, says he has not been unfaithful to her for the past two years.

“That’s why I believe in what I believe in now. ‘Cause there’s no way this could be happening. There’s no way I could’ve been married to my wife. I’m not faithful enough. I’m just not that kind of guy,” Tyson told T.I. according to TMZ and HotNewHipHop.com. “I don’t care about nothing enough more than my d—, so how am I gonna be faithful to somebody? But it worked! I got ten years with her. I got two years without every f—— a b—- but my wife. For a n—- like me, I had to have them every day. I had to cut every second of the day. I’m the poster boy for sexual anonymous.”

Later on, Tyson blamed himself for what he perceives as his children’s aversion to Black kids. He says his past behavior has informed his kids’ current perspective on African Americans.

“You know what bothers me, too, man? And I gotta say this. Why my kids don’t like Black kids? They don’t date Black kids. Why is that?” he asked rhetorically. “Sometimes I look at my daughter, and I see she’s attracted to white guys, and I think, ‘I didn’t set a good example as a Black man,’ then … they must have seen sometimes when I was vulnerable and said, ‘Hey, I don’t wanna be with no one like that. He’s scary.’”

Check out a preview of the “ExpediTIiously” podcast featuring Mike Tyson below: