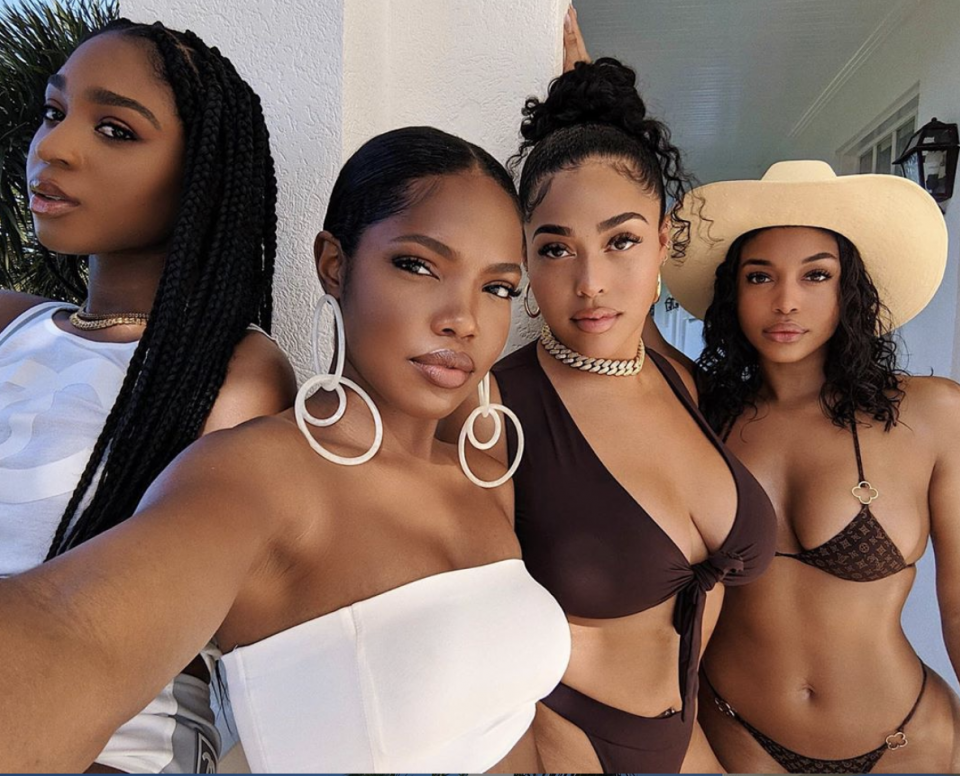 Lori Harvey ended her 23rd birthday celebration with a bang by dropping a recap video.

After a week of jaw-dropping bikini photos, selfies with her besties and couple flicks with Future, fans have been in awe of the model’s tropical birthday trip planned by the rapper.

And if that were not enough Harvey offered more of an inside look at her epic birthday in Montego Bay, Jamaica.

On Wednesday, Jan 15, 2019, the model posted a video to let her 1.8 million followers on Instagram know how much fun she was having, with the caption, “Just a lil Birthday Trailer (sic)”

The video opens with a view of a gorgeous white villa and then zooms in to feature a close-up of Harvey in an infinity pool.

Future was all smiles throughout the video as he was seen hugging her in the pool.

The trailer features some of her best friends that came along to celebrate her, including singer Normani, model Winnie Harlow, Jordyn Woods and Teyana Taylor, among others.

Harvey confirmed that she had an amazing time by continuously by using the caption “Life is Good,” echoing the title of Future’s new song with Drake.