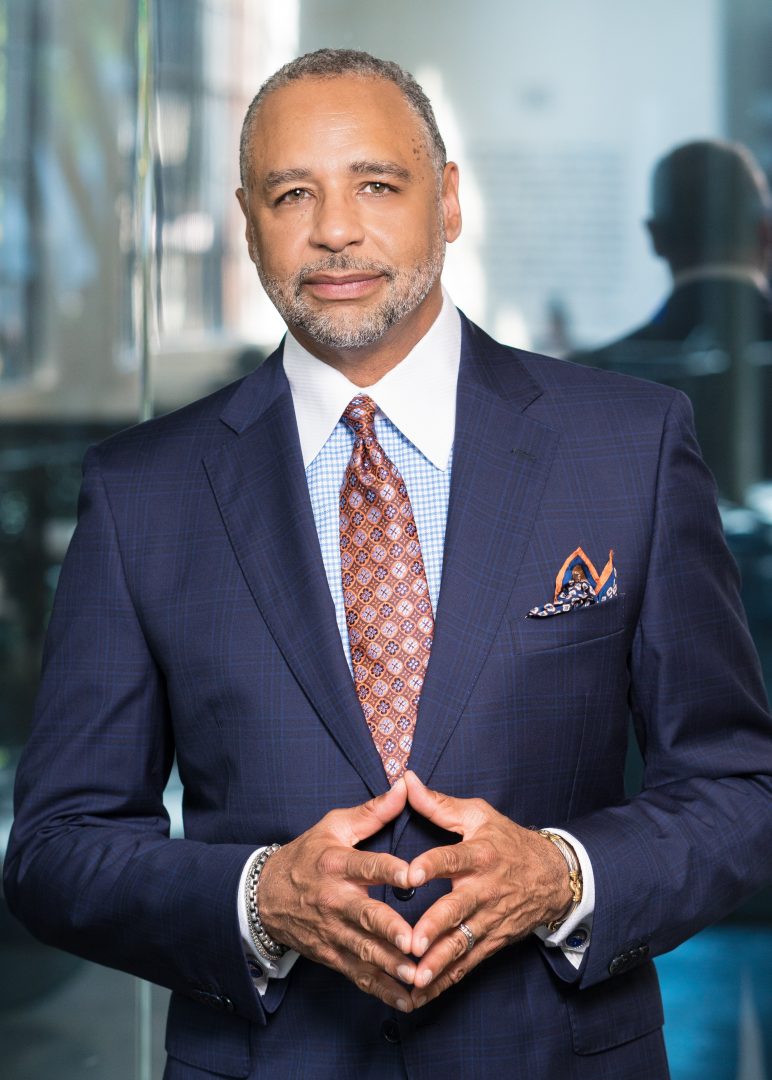 Ed Gordon made hay as an anchor with BET and specifically for his work on “BET Tonight,” “BET News” and “Conversations with Ed Gordon.” His adroit interviewing skills earned him status as one of the most accomplished and skilled journalists of his era. He’s interviewed Tupac Shakur, Bill Clinton, Whitney Houston and O.J. Simpson among a plethora of others. It is his latest venture, CONVERSATIONS IN BLACK: On Power, Politics, and Leadership, however, that will almost certainly serve as one of the most important works of his career.

For most of 2019, Gordon did his part to study Black America and the social ills that are affecting communities in the U.S. In so doing, he developed a strategy to address those issues that combine his talent with feedback and fellowship from the likes of T.I., Killer Mike, Angela Rye, Charlamagne tha God, Michael Eric Dyson and Van Lathan to name a few. In all, there are 40 contributors to a book that amazingly marks the first time he has the distinction of calling himself an author.

“People are very surprised when they hear that,” he says. “But for many years people tried to get me to write my story and I always felt like, ‘Oh man, I ain’t got no story,’ or, you know, ‘The book’s not completed yet.’ It took me a while to appreciate how the community viewed me. Cause when you’re in it, you don’t see all the things you’ve done.”

Fortunately for him, the stellar list of contributors Gordon invited to be a part of the project saw clearly that Conversations In Black was an opportunity not to be missed. Given the long list of people involved, whose schedules are understandably demanding, Gordon had to summon his creative genius to create a product that would serve the reading public as he intended.

A comprehensive and unvarnished look at the state of Black America, Conversations In Black asks questions and answers them in one fell swoop. Among the chapters and subject matter, Gordon tackles the Obama administration (OBAMA: A Reflection), voting (STAY WOKE…AND STAY ACTIVE: The New Black Voting Muscle), the empowerment of Black women (BLACK GIRLS MAGIC: Empowering Black Women Today) and much more.

To learn more about the book visit www.edgordon.net or purchase your copy on your favorite platform.