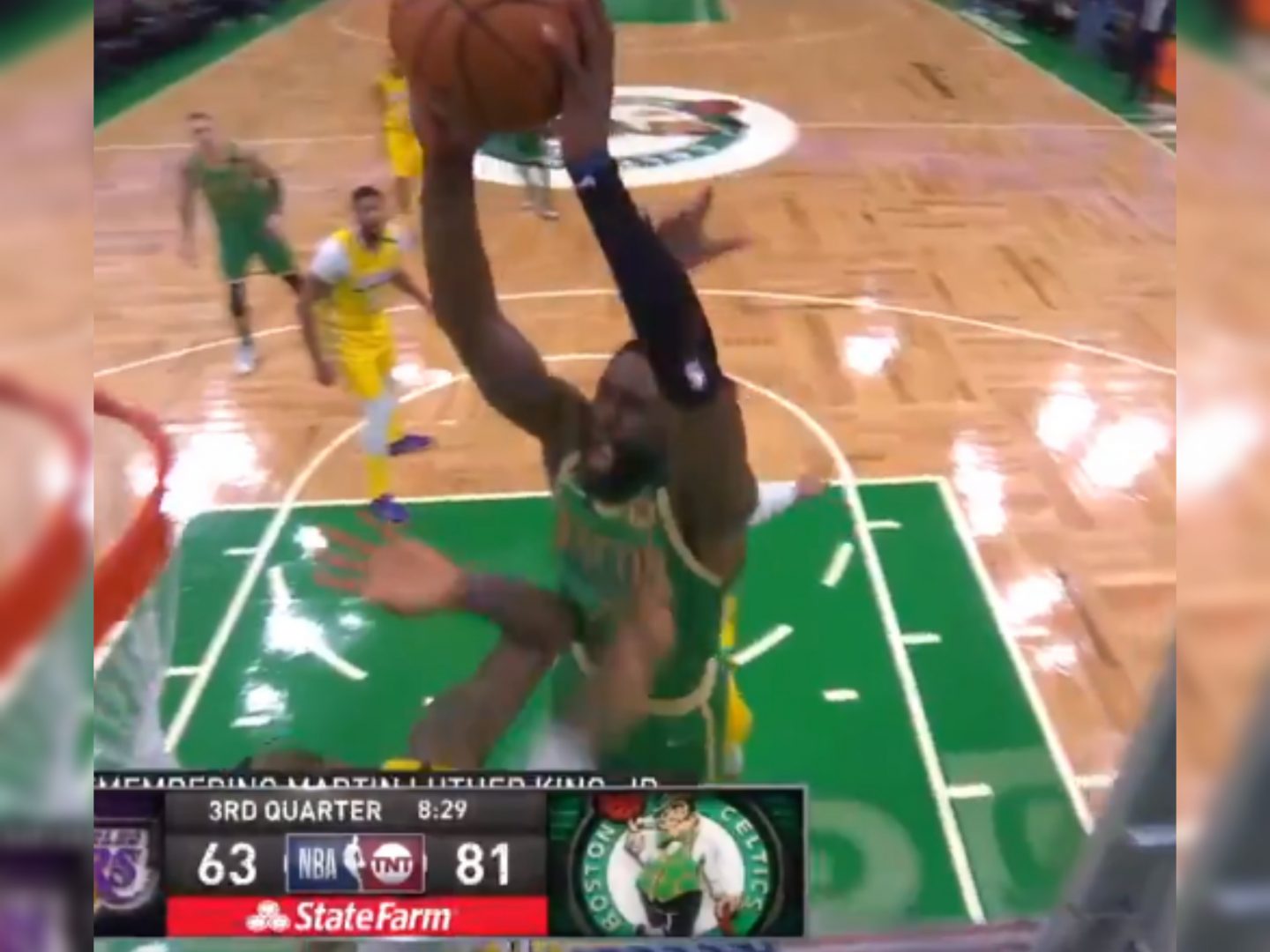 The Boston Celtics and Los Angles Lakers continued their storied rivalry on Martin Luther King Jr. Day, and the heavily anticipated game was a one-sided affair as the Celtics pummeled the Western Conference power by 32 points. The Ls didn’t stop there either.

As the game continued to slip away in the third quarter, Celtics swingman Jaylen Brown caught the ball at the top of the key, drove by his man and took aim at the rim with LeBron James standing in his way.

Known for his ability to block shots in timely moments, James had little to no chance to stop Brown in the moment. Brown elevated through both James’ hands and powered through with a two-handed stuff that electrified an already hyped crowd.

To add insult to injury, Brown hung on the rim, then stared at James after the impressive play and earned a technical foul for it — one he won’t soon regret.

“I ain’t going to lie, that was pretty nice, pretty awesome,” Brown told ESPN after the game. “LeBron, he’s gotten so many other guys. Just to be out there against one of the best players to ever play the game is an honor. I always like that matchup, and it gives me a little extra boost.”

To James’ credit, he was a good sport and took being posterized in stride.

“Why would I take it personally? It’s part of basketball,” he said, according to ESPN. “It’s not the first time I got dunked on. It might not be the last time I get dunked on. But Jaylen’s been playing exceptionally well this year. It was a good play.”

This marks the second time James has been dunked on by one of the Celtics rising stars. The first came courtesy of Jason Tatum in the fourth quarter of Game 7 in the 2018 Eastern Conference Finals.

Flip the lid to see the play and reactions from NBA Twitter.