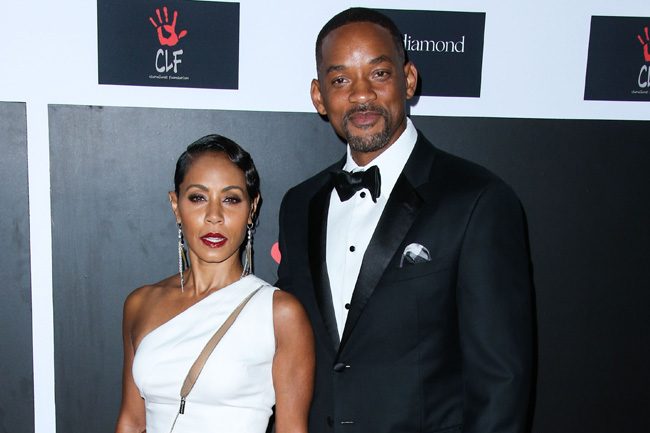 Jada Pinkett Smith and Will Smith have inked a deal with Facebook Watch to expand on the “Red Table Talk’s” spectacular success. (Photo credit: Bang Media)

Jada Pinkett Smith’s “Red Table Talk” has been such a rating phenomenon that social media goliath Facebook has ordered another three years of the hit show.

The Hollywood Reporter wrote that Pinkett Smith and husband Will Smith’s production company, Westbrook Studios, has inked a deal to keep streaming on the Facebook Watch platform through the year 2022.

“Red Table Talk” will also get a spinoff produced by Pinkett Smith that will be headed by pop music legend Gloria Estefan in South Florida, according to The Hollywood Reporter.

“Red Table Talk” became a sensation with pop culture because of the Smith family’s unabashed candidness in discussing the most sensitive, and even embarrassing, subjects that most only talk about behind closed doors, if at all.

Of course, Pinkett Smith’s ability to score exclusive interviews with the likes of Jordyn Woods (who tearily discussed her imprudent tryst with Khloe Kardashian’s ex-boyfriend Tristan Thompson) and rap mogul Clifford “T.I.” Harris (who admitted he had his daughter’s hymen checked annually by a gynecologist) took “Red Table Talk” to another stratosphere of daytime talk shows.

Pinkett Smith and Estefan are hoping to bottle up some of that magic and ship it from Southern California to South Florida.

“I’m incredibly proud of ‘Red Table Talk,’ and thrilled to build upon this franchise with my family and with Gloria, Emily and Lili,” Pinkett Smith said in a statement obtained by The Hollywood Reporter. “Red Table Talk has created a space to have open, honest and healing conversations around social and topical issues, and what’s most powerful for me is hearing people’s stories and engaging with our fans in such a tangible way on the Facebook Watch platform. I’m excited to see the Estefans put their spin on the franchise and take it to new places.”

Estefan, who will host the show with her daughter and niece in South Beach, echoed Pinkett Smith’s sentiments.

“Jada and I have spoken about this a lot and feel my daughter, niece and I can tackle issues important to us and our fans with a new and fresh voice. Jada has done this incredibly and continues to do with her family in their candid, intimate, and groundbreaking conversations at the iconic Red Table.”