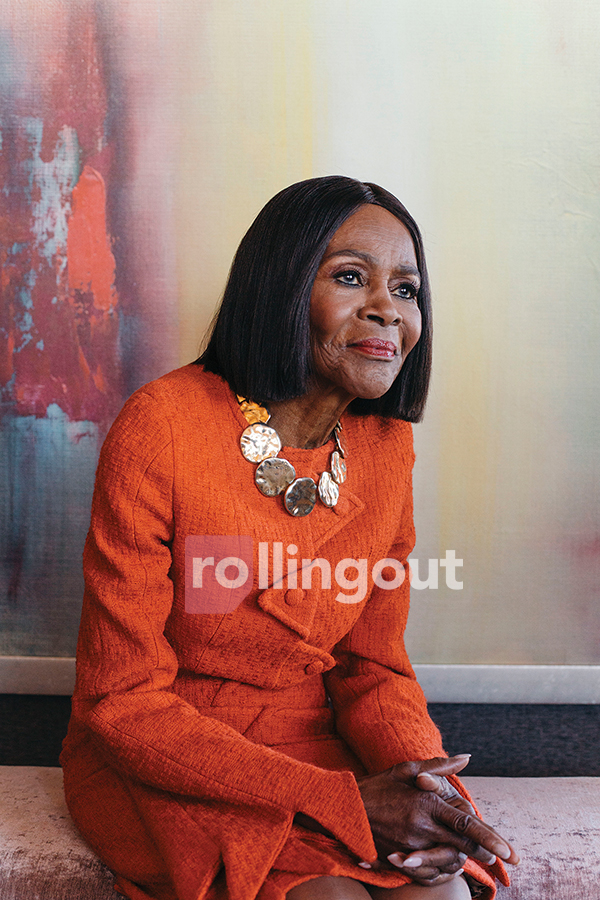 She joins co-stars Phylicia Rashad, Crystal Fox and Bresha Webb for press interviews surrounding Tyler Perry‘s Netflix film debut, “A Fall From Grace.” Tyson also stars in Ava DuVernay‘s upcoming OWN series, “Cherish the Day,” which premieres Feb. 11, 2020. While she embodies almost a century of wisdom, perseverance and excellence, Tyson shows no signs of slowing down.

She credits the role of Jane Pittman in the 1974 rendition of “The Autobiography of Miss Jane Pittman” as her breakout role. With a career that spans five decades, Tyson achieved mainstream success in blockbuster films such as Sounder, Fried Green Tomatoes and The Help just to name a few.

Tyson’s relationship with Tyler Perry started back in 2005 with Diary of a Mad Black Woman and has continued with projects like Madea’s Family Reunion, Alex Cross and Perry’s most recent release, “A Fall From Grace.”

During press interviews with the stars of “A Fall From Grace,” rolling out sat down with the living legend to discuss her incredible career and why during the aftermath of the #MeToo movement the experience of African American women in Hollywood is much different from their White counterparts.