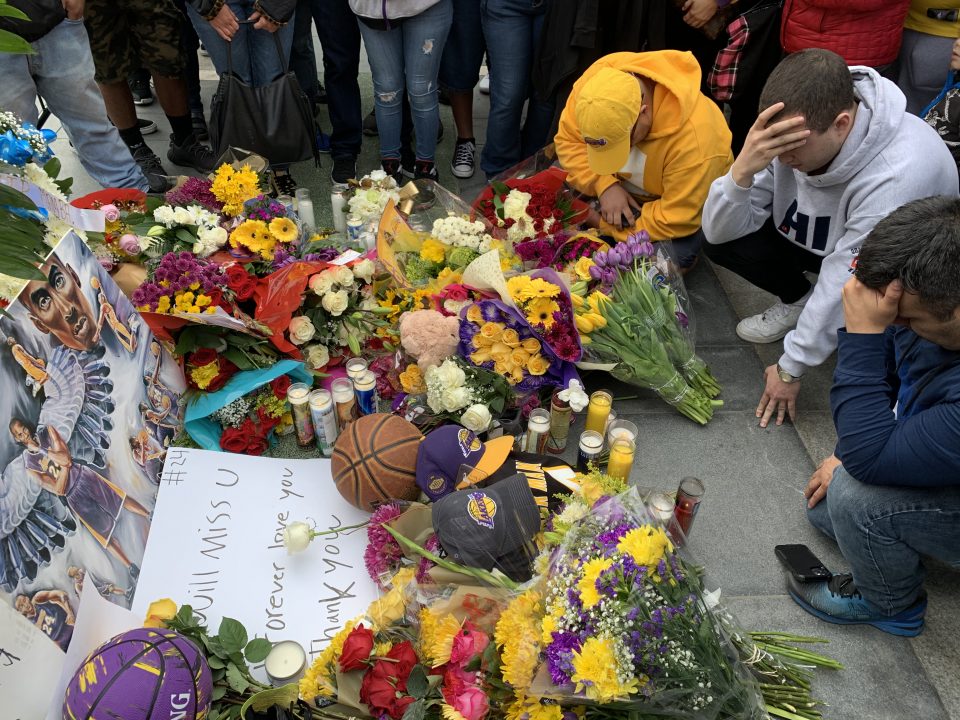 Fans at a makeshift memorial in honor of Kobe Bryant outside the Staples Center in Los Angeles. (Photo by A.R. Shaw for Steed Media)

On the morning of Jan. 26, 2020, Kobe Bean Bryant and his daughter, Gianna Bryant, 13, died following a helicopter crash in Calabasas, California, according to TMZ.

Along with Bryant and his daughter, seven others died in the crash as well. 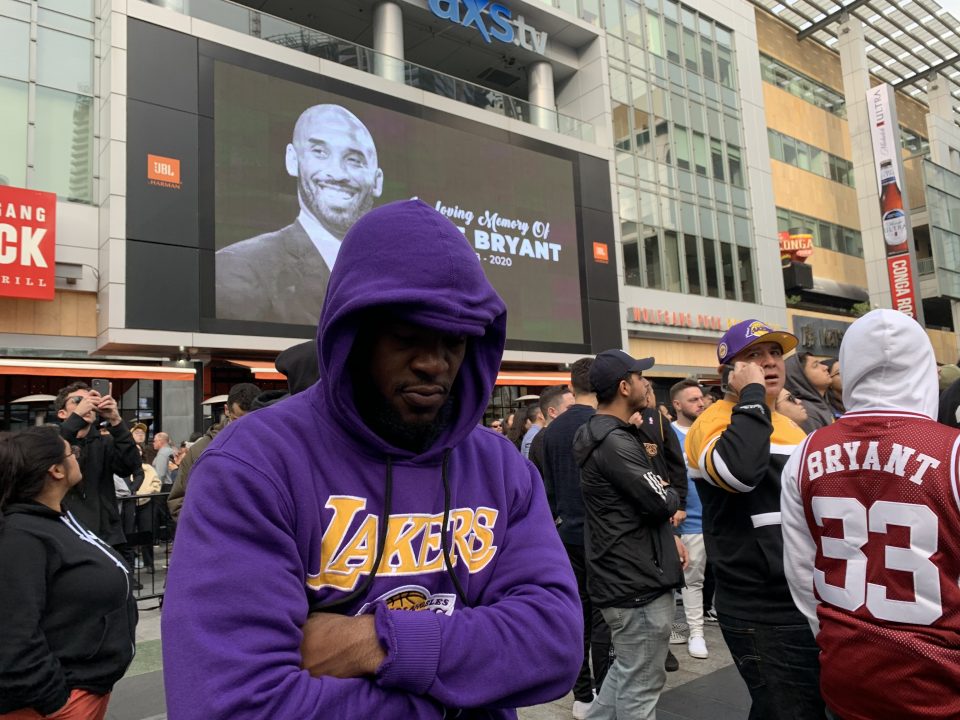 Following the news of the deaths, thousands of Los Angeles Lakers fans decided to pay homage to Bryant outside of the Staples Center at L.A. Live, a shopping and entertainment complex across the street from the Lakers’ home arena. 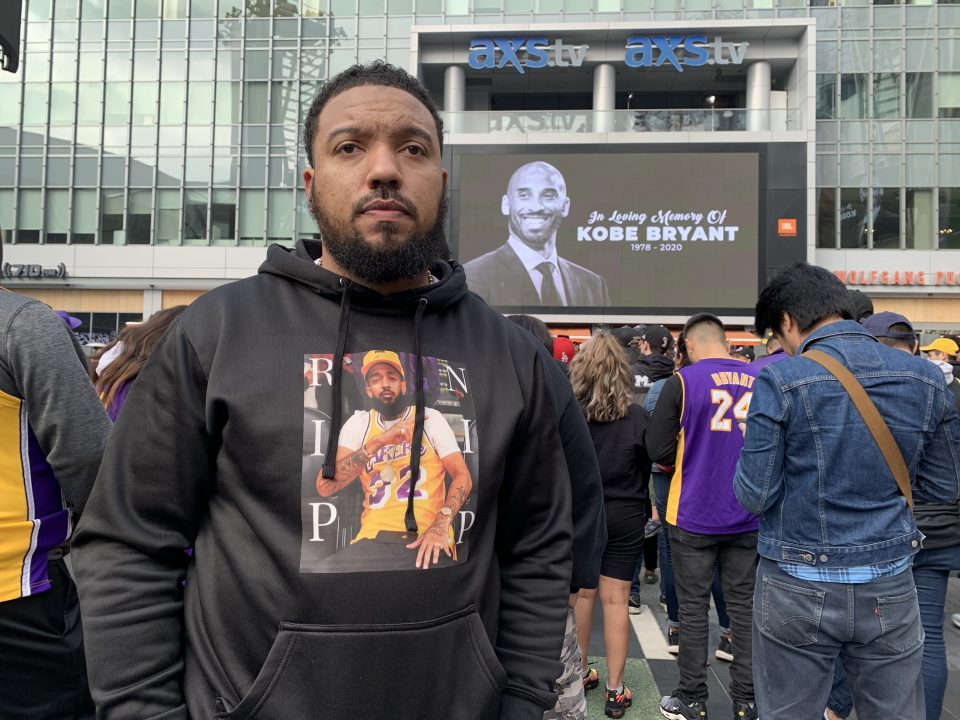 Fans set up a makeshift memorial in honor of Bryant that included candles, flowers, posters, replica jerseys from Bryant and other paraphernalia. The mood near the memorial was somber as some fans cried while others looked on in shocking silence. 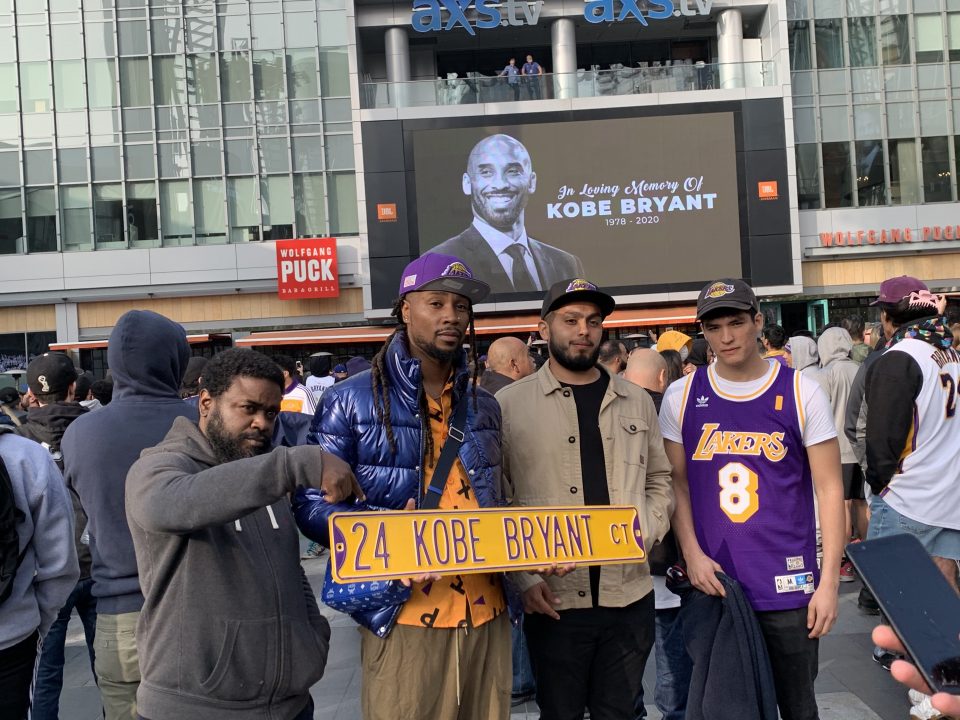 In an attempt to build some camaraderie to honor the NBA legend, some fans chanted, “Kobe, Kobe!” as if it were game 7 of a crucial playoff game. During other moments, fans chanted, “MVP, MVP!”

“It was devastating and heartbreaking,” Laker fan and Los Angeles native said. “Yesterday, I was actually watching all of his highlights online. And we also heard Kobe’s name because LeBron passed him on the scoring list. To wake up to this was hard.”

Jerry Tucker from South Central, Los Angeles, brought his 10-year-old daughter to the memorial to honor Bryant. Tucker shared his thoughts on Bryant’s role as father to three young girls.

“I couldn’t believe it, I can’t process it right now. I saw similarities between his life and mines when it comes to fatherhood. It hurts. But to find out that Gianna passed with him, it made it totally unbelievable. Every day, tell your kids that you love them. You can’t take that time for granted.”