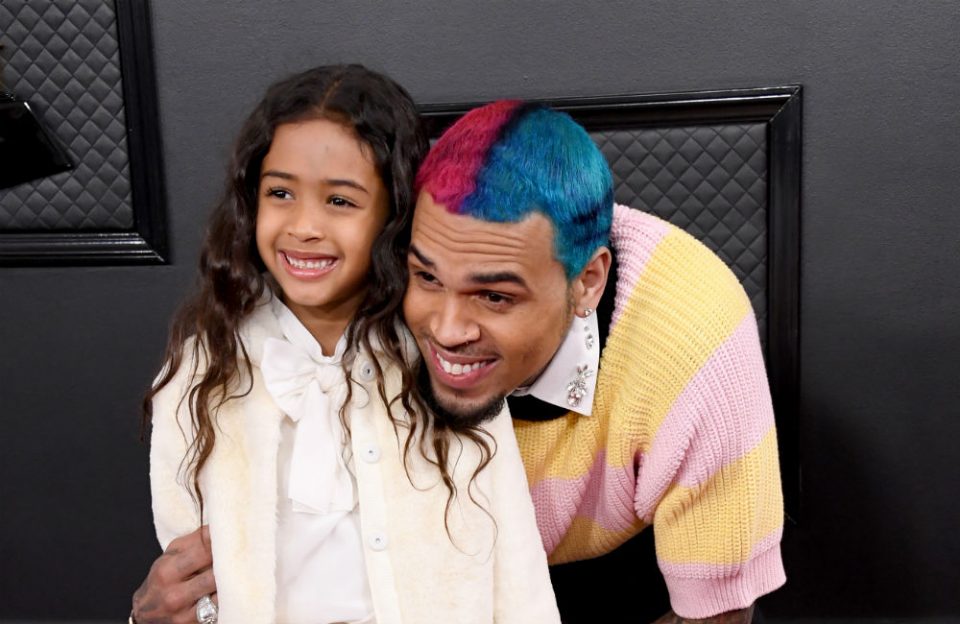 Chris Brown took his 5-year-old daughter as his date to the Grammy Awards.

The “Heat” hitmaker walked the red carpet at Los Angeles’ Staples Center on Sunday, Jan. 26, 2020, holding hands with little Royalty — whose mother is his former partner Nia Guzman — and the youngster didn’t seem to be intimidated by the attention, smiling broadly for the cameras.

While Brown kept things casual in a yellow and pink striped Prada sweatshirt and black trousers, Royalty dressed up for the occasion in a white shirt and matching cream skirt.

He wasn’t the only star to bring his child to the Grammys.

YG was joined by his 3-year-old daughter Harmony, who donned a black and white suit for the occasion, while Anderson . Paak walked the red carpet with his wife Jae Lin and their son Soul Rasheed, with the whole family wearing Gucci.

PJ Morton posed happily with his daughter Peyton and his Grammy Award after winning the prize for R&B Song of the Year for “Say So,” while Iron & Wine — whose real name is Sam Beam — was joined by his three daughters; and Beck had his son Cosimo with him.

Ozzy Osbourne and his daughter Kelly donned matching black ensembles as they walked into the venue and posed for pictures together, while Noah Cyrus was delighted to be there with her famous father, Billy Ray Cyrus.