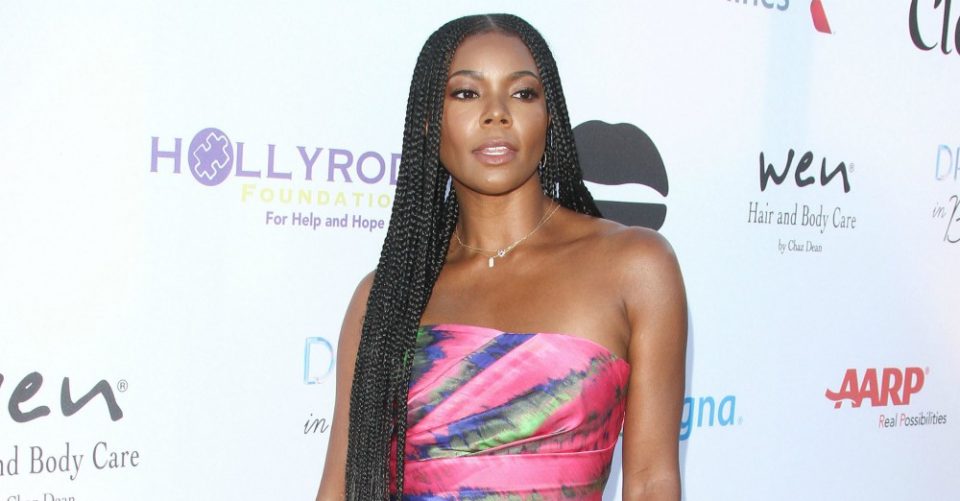 Actor Terry Crews is getting buried even deeper with every public utterance regarding diversity at the show he hosts, “America’s Got Talent.”

The famously sculpted actor is being accused by former AGT judge Gabrielle Union and her fans of “selling out” and throwing Union “under the bus” by going on national TV to directly dispute Union’s claims of a toxic and racist environment on AGT.

As rolling out reported, Dwyane Wade’s wife spoke out forcefully after being tossed from AGT after serving just one year of a three-year contract. Reports surfaced that Union, 47,  was told her ever-evolving hairstyles were too black. Moreover, she and fellow ex-judge Julianne Hough were reportedly subjected to relentless criticisms for their wardrobe and makeup. Even former judge Howard Stern, who thrived on AGT, said the show had suffocating toxicity about it.

Crews, 51, who shot to fame via Ice Cube’s Friday After Next in the 1990s, however, shocked Union and fans when he told the “Today” show that AGT had the most diversity of any show in his 20-year career.

“That was never my experience on ‘America’s Got Talent.’ In fact, it was the most diverse place I have ever been in my 20 years of entertainment,” Crews said. “The top 10 acts were Asian, women, older, younger, Black, White. It was everything in the gamut.”

Crews wasn’t finished: “I can’t speak for sexism because I am not a woman, but I can speak on behalf of any racism comments.”

Union and fans were outraged and immediately lampooned Crews in a rapid succession of stinging tweets:

Why anyone would gleefully get up on TV and tell lies that NO ONE disputed… But we already know. https://t.co/8MAfmzSgmI

Union was particularly irate at the fact that she stood up for Crews when he told the public that he was sexually assaulted by a man, but she believes that he left her to twist in the wind.

Thank u! Cuz girlllllll 😐 Truth telling, wanting change & having MULTIPLE witnesses who bravely came forward to let EVERYONE know I didn't lie or exaggerate, really exposes those who enthusiastically will throw you under the bus, forgetting quickly who stepped up 4 THEIR truth. https://t.co/X1uooWTpmK

After digging himself out from under the avalanche of criticism, Crews chose to speak out again, this time saying that he has no responsibility to any woman except his wife. Most observers believe it was a subtle jab at Union.

There is only one woman one earth I have to please. Her name is Rebecca.

Not my mother, my sister, my daughters or co-workers. I will let their husbands/ boyfriends/ partners take care of them.

That tweet opened up the floodgates of hate against Crews as they believe he deliberately threw Union “under the bus” and failed to get her back the way she did his. The Twitter pummeling has been intense. Here is a small sampling;

If this is a “response” to the backlash from the situation with Gabrielle Union, Protecting black women has nothing to do with “pleasing” us. As a black man, the least you can do is stand up for us. Nobody asked you to “please” us. But we’ll remember this next time you need us.👌🏽

Wait… not after all those Black women, Gabby included, stuck their necks out for you? This is beyond foul, not to mention nonsensical – is it only women w/ partners deserving of protection? Really should have just sat there and ate your tootsie rolls.

Rebecca told you to be quiet and you didn’t. So did you actually please her??? Goofy

How soon we forget smh pic.twitter.com/nW1rm0LA2h

You're making it incredibly easy to dismiss you and incredibly hard to support you.

Pick a side. You either want to be heard and seen for supporting people who supported you or you want to say your personal experiences override anyone else's.

Yo man, you don't honor your wife by using her as a shield to avoid responsibility for throwing other Black women under a bus.

as a fan, survivor & someone who’s had the opportunity to work with you, this hurts. a lot. i hope you’re able to take time away from twitter to fully understand why this response is so unproductive. asking for solidarity during times of mistreatment isn’t asking to be “pleased”