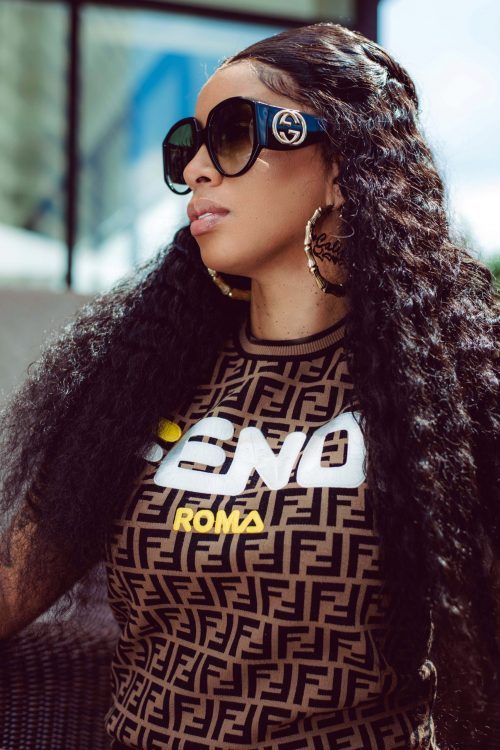 Chicago femcee Chella H emerged on the music scene during the city’s drill hip-hop era. She has collaborated with the likes of other notable local and national rap artists like Trina, Kash Doll, Bump J, Lil Durk, King Louie, Katie Got Bandz and Sasha Go Hard. The self-proclaimed “First Lady of Chicago,” discussed her current project, Above Water, experience with gun violence and recent arrest with rolling out.

Are you working on any upcoming singles, mixtapes, albums or shows lately?

I’m dropping my new single “No Good” on Jan. 27, in preparation for my new project Above Water, as well as being a host on the realist podcast existing, “Str8DropUncut” (@str8dropuncut), and maintaining my store Luv Handles located at 308 East 47th St. (@shopluvhandles).

Unfortunately, we came across news reports about you escaping a shooting incident in 2017. What exactly happened and how have you been coping?

Yea, that was wild. I have an organization called MermaidMafia. A mermaid is a survivor that can maneuver through anything, yet remain above water at all times. That year we fully sponsored 10 underprivileged girls’ proms. I had just dropped them all off and as I was driving home, some n—– pulled on the side of me and started shooting. I was tweaking because this happened to be in the neighborhood I grew up in, and through all my hardships I had never experienced nothing like that in my life.

By the grace of God, I dodged six bullets that wasn’t for me. I’ve been good though, but to be honest it’s still shocking and I think about it often, but I’m grateful I wasn’t physically affected by it. However, it did make me appreciate life more and change my way of thinking by focusing on things and people that matter and minimizing my energy with those that don’t.

Your recent freestyle “You Tried It” discusses you getting arrested. What exactly happened and how did that situation impact your music?

I was tweaking, rushing through Midway to Seattle to see my granny on Christmas and forgot I had my pistol in my Chanel bag. I went through TSA. They locked my a– up. I was mad as h—, but it’s OK I’mma beat it. My lawyer he a dog, he gonna eat it!

That song was the blueprint; [people] slept on it, though. Those details were so on point that if a [person] actually took it in, their life would drastically change. We’ve always had a lot of violence, but the internet makes it worse and magnifies it. It’s also a mixture of mental illness, broken families and heavy drug usage involved. Ain’t no way to stop it, or if it is, I don’t have the answers.