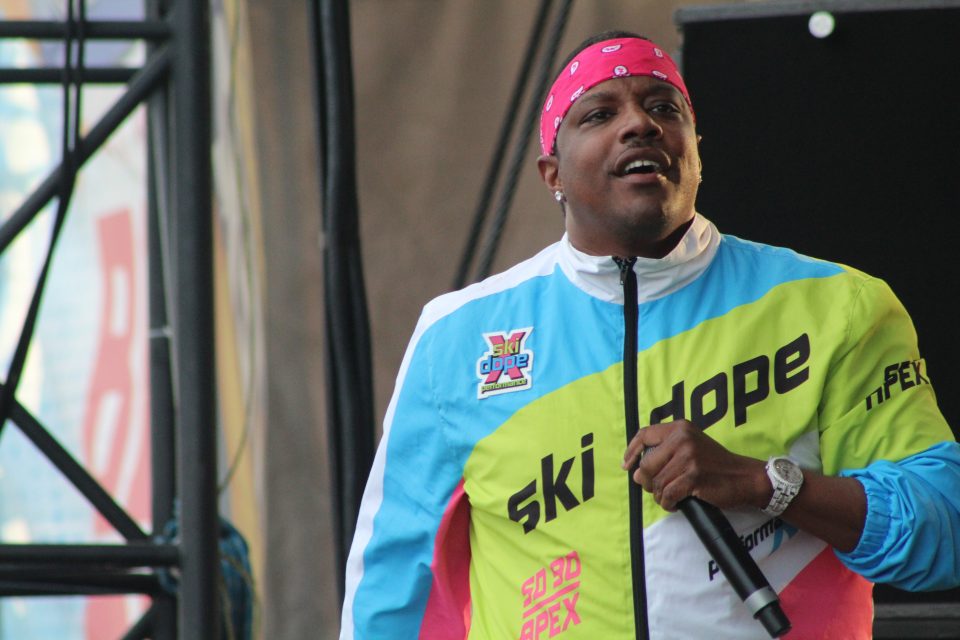 Mase will always and forever be associated with Bad Boy Records. Sean Combs, aka “Diddy” created a cultural swell of unforgettable music and moments during the ’90s that rolled over into the millennium. The tragic death of Biggie represented a major loss to the culture of hip-hop, rap music and Bad Boy as a label. Mase came on the scene and provided a much-needed jolt to the label. He resurrected Bad Boy during the shiny suit era.

Everything seemed to be working out for Bad Boy until contract disputes were made public by The Lox and Mase. In Nov. 2005, The Lox orchestrated a “Free The Lox” campaign. They called Diddy out on Hot 97 when they were guests of the Angie Martinez’s show. Mase did something similar when he pulled up on Diddy at Atlanta’s V103 radio station so that he would release him from his contract.

It’s evident that Diddy’s business dealings have not always been favorable for his artists. Earlier this year at Clive Davis’ 2020 pre-Grammy party, Diddy was honored with the Icon Award. He gave an impassioned speech about being for the artists and put the Academy “on the clock” with regard to being fair with Black artists. Mase witnessed this speech and took to Instagram to call Diddy out on his hypocrisy.

Mase posted a picture of Meek Mill asking why all of the Black artists are in racist contracts with “different race men”  on his Instagram. Then he took it a step further. Read the post below.

@diddy I heard your #Grammy speech about how u are now for the artist and about how the artist must take back control. So I will be the first to take that initiative. Also, before we ask of other ethnicities to do us right we should do us as black people better. Especially the creators. I heard u loud and clear when u said that u are now for the artist and to that my response is if u want to see change you can make a change today by starting with yourself. Your past business practices knowingly has continued purposely starved your artist and been extremely unfair to the very same artist that helped u obtain that Icon Award on the iconic Badboy label. For example, u still got my publishing from 24 years ago in which u gave me $20k. Which makes me never want to work w/ u as any artist wouldn’t after u know someone is robbing you & tarnishing your name when u don’t want to comply w/ his horrendous business model. However, people would always ask what’s up w/ Mase? So I would be forced to still perform to not look crazy when I was getting peanuts and the robbery would continue. So many great moments and people lives in music were lost. But again, I rode with u in the face of death without flinching & u still wouldn’t do right. I never said anything because I wanted to wait until I was financially great so I can ensured that I was addressing this from a pure place and not out of spite. To add insult, u keep screaming black excellence and love but I know love isn’t free. So I offered u 2m in cash just a few days ago to sell me back my publishing(as his biggest artist alive) that always show u respect for u giving me an opportunity at 19 yrs old. Your response was if I can match what the EUROPEAN GUY OFFER him that would be the only way I can get it back. Or else I can wait until I’m 50 years old and it will revert back to me from when I was 19 years old. You bought it for about 20k & I offered you 2m in cash. This is not black excellence at all. When our own race is enslaving us. If it’s about us owning, it can’t be about us owning each other. No More Hiding Behind “Love”. U CHANGED? GIVE THE ARTIST BACK THEIR $$$. So they can take care of their families

Mase has an axe to grind, and in this social media age, the entire world will know about it.

“Your past business practices knowingly [have] continued purposely starved your artist[s] and been extremely unfair to the very same artists that helped you to obtain that Icon Award on the iconic Bad Boy label. For example, you still got my publishing from 24 years ago in which you gave me $20K.” he posted.

He continued stating that he offered Diddy two million dollars for his publishing, but it was declined.

Let’s see how this new Diddy Combs, the new icon, responds to this.

Do you think Diddy is fair? Share your thoughts in the comments.