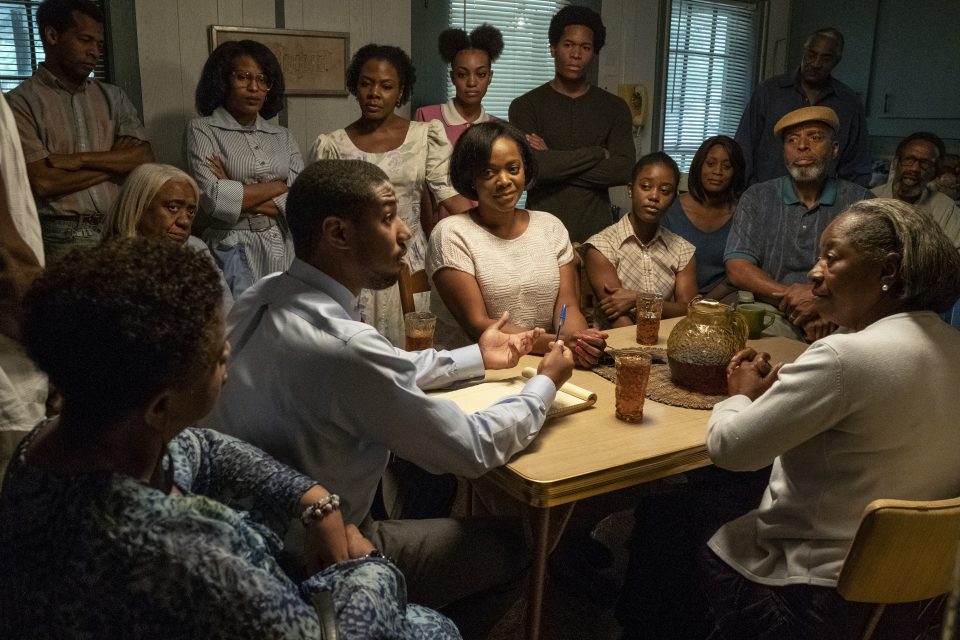 Karan Kendrick stayed ready so she didn’t have to get ready.

The Georgia-born actress has appeared in a number of popular and acclaimed films — from Hunger Games to Hidden Figures — and she’s currently making waves in the gripping legal drama Just Mercy about attorney Bryan Stevenson’s fight to exonerate wrongly convicted Alabama death row inmate Walter McMillian. Oscar winner Jamie Foxx stars as McMillian, and Michael B. Jordan is Stevenson. As McMillian’s devoted and determined wife, Minnie McMillian, Kendrick gets to tap into so much of her own background.

“When I read the script and understood what the opportunity was, when I saw clips of Minnie and images of her, I immediately saw my grandmother,” she explains. “So I was excited to share the story of a Southern Brown woman — a rural, Southern Brown woman — and the opportunity to share her in a way that I understood. She represented, for me, the women who raised me. The women in my community growing up. And I felt like I could bring something a little deeper — a bit of understanding about that experience in a way that I had not seen onscreen.”

An alumna of Spelman College who’s also worked extensively in television and theater, Kendrick has earned her spotlight. She mentors young creatives in her hometown of Fort Valley, Georgia, and has built a close-knit network of artists across Georgia, Los Angeles and New York City. She’s also come to understand the importance of making sure she takes care of herself, even alongside the demands of a career that’s heating up.