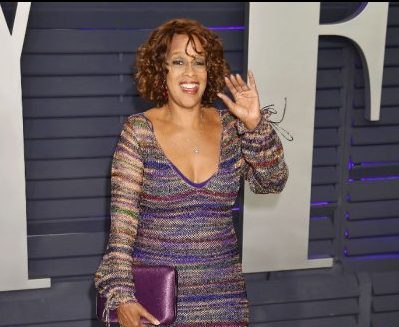 In the ongoing saga between rap icon Snoop Dogg and award-winning journalist Gayle King, the Doggfather claims that he did not issue a threat to harm the “CBS This Morning” host.

The rapper born Calvin Broadus Jr., 48, told his 40 million Instagram followers that he doesn’t want any harm to come to Oprah Winfrey’s BFF. But he reiterated that he wanted to let King know she needed to watch how she handles Kobe Bryant’s legacy because the streets are watching her.

“I’m a non-violent person,” Snoop says in the IG Story. “When I said what I said, I spoke for the people who felt like Gayle was very disrespectful towards Kobe Bryant and his family.”

Snoop added: “Now with that being said, what I look like wanting some harm to come to a 70-year-old woman? I was raised way better than that. I don’t want no harm to come to her and I didn’t threaten her, all I did was said, ‘check it out, you outta pocket for what you doing and we watching you. Have a little more respect for Vanessa, her babies and Kobe Bryant’s legacy.’”

Snoop Dogg’s original post about King, who is actually 65 years old, castigated the news anchor for broaching the topic of Bryant’s 2003 sexual assault case. She did so during her interview with legendary former WNBA champion Lisa Leslie. Afterwards, Snoop called her a “funky, dog-haired b—-” and ordered to back up or we “we’re gonna come get you.”

Oprah Winfrey told the media that King was not doing well because she fears for her safety and hired a security detail to orbit her when she steps out in public.

Listen to Snoop call for peace and kindness in the aftermath of his controversial comments to King: