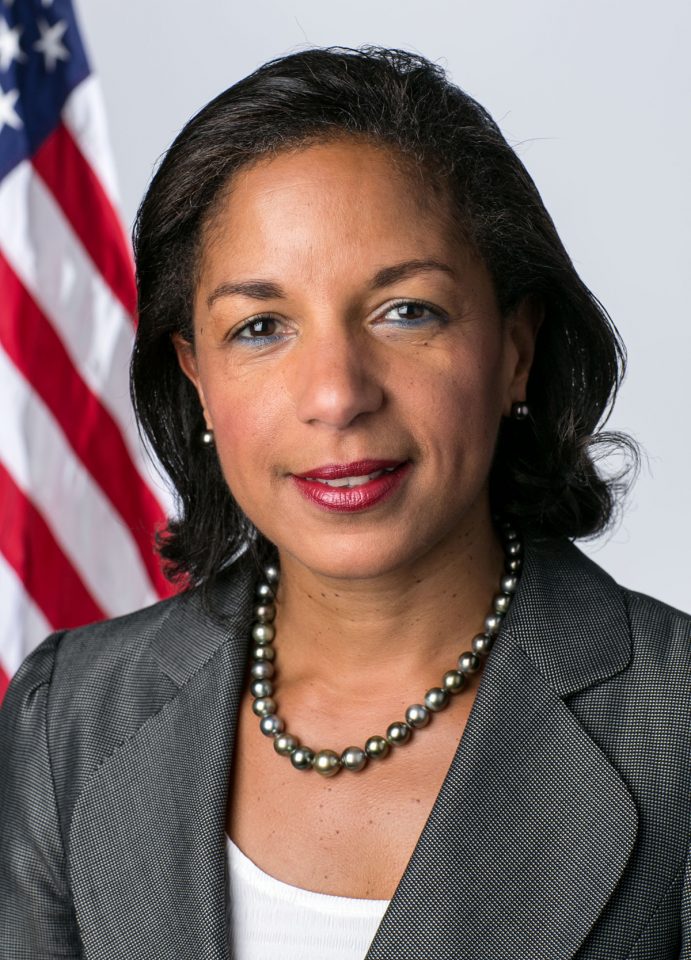 Photo: via United States Department of State. As a work of the U.S. federal government, the image is in the public domain per 17 U.S.C. § 101 and § 105 and the Department Copyright Information.

On Thursday, Feb. 6, 2020, Snoop Dogg responded by lashing out at King and claiming that she and Oprah have an agenda to destroy Black men.

“I swear to God, we the worse,” Snoop said in the video he posted on his Instagram page. “We expect more from you, Gayle. Don’t you hang out with Oprah? Why ya’ll attacking us? We’re your people.”

Snoop paused for a few seconds before rhetorically asking, “Is it OK if I call her one?” Then he proceeded to call King a “b—-.”

On Feb. 8, Rice, a former National Security Advisor and ambassador for the Obama Administration, took aim at Snoop by tweeting, “This is despicable. Gayle King is one of the most principled, fair and tough journalists alive. Snoop, back the f–k off. You come for Gayle King, you come against an army. You will lose, and it won’t be pretty.”

Snoop clarified his statement on a video posted on Instagram by saying, “I’m a non-violent person, when I said what I said, I spoke for the people who felt like Gayle was very disrespectful towards Kobe Bryant and his family.”

Snoop continued, “Now with that being said, what I look like wanting some harm to come to a 70-year-old woman? I was raised way better than that. I don’t want no harm to come to her and I didn’t threaten her, all I did was said, ‘check it out, you outta pocket for what you doing and we watching you. Have a little more respect for Vanessa, her babies and Kobe Bryant’s legacy.’”