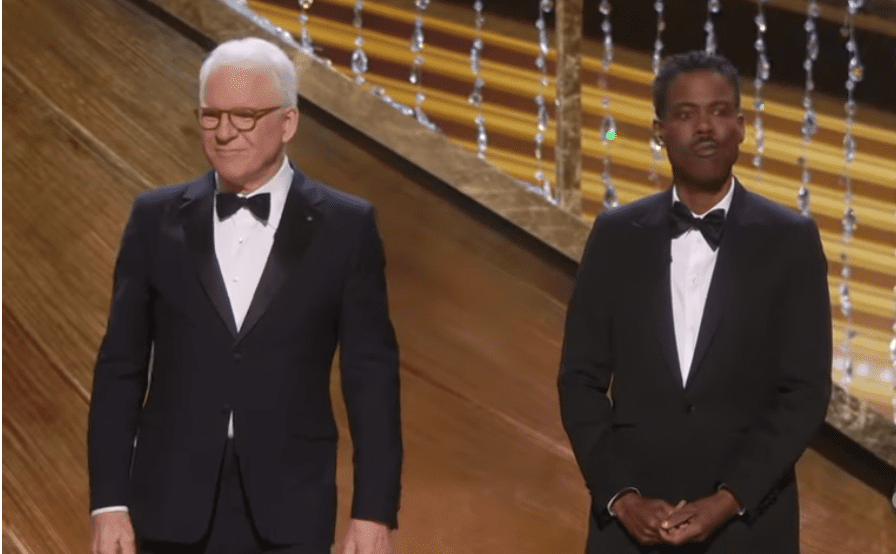 The 2020 Oscars got off to a scorching start as superstar comedic actors Chris Rock and Steve Martin went in hard at the Academy Awards for a conspicuous lack of diversity among this year’s nominees.

After a few pedestrian jokes, Rock shined the light on Cynthia Erivo, who was nominated for her dynamic portrayal of Harriet Tubman in the critically acclaimed film Harriet.

“Cynthia did such a great job in Harriet hiding Black people that the Academy got her to hide all the Black nominees,” Rock said. “Cynthia, is Eddie Murphy under the stage?”

Murphy was considered a lock to be nominated for his starring role in the Netflix film Dolemite Is My Name, but he was shut out. In fact, Erivo was the only Black acting nominee of the night, as the comedians also pointed out.

Martin, looking back at the history of the Academy Awards, pointed out that “in 1929, there were no Black acting nominees.”

The biggest controversy concerning this year’s Oscar nominees was the absence of any female directors. Martin mulled over the exclusion: “I thought there was something missing from the list this year.”

Check out the funny opening to the 2020 Academy Awards ceremony below, courtesy of ABC: