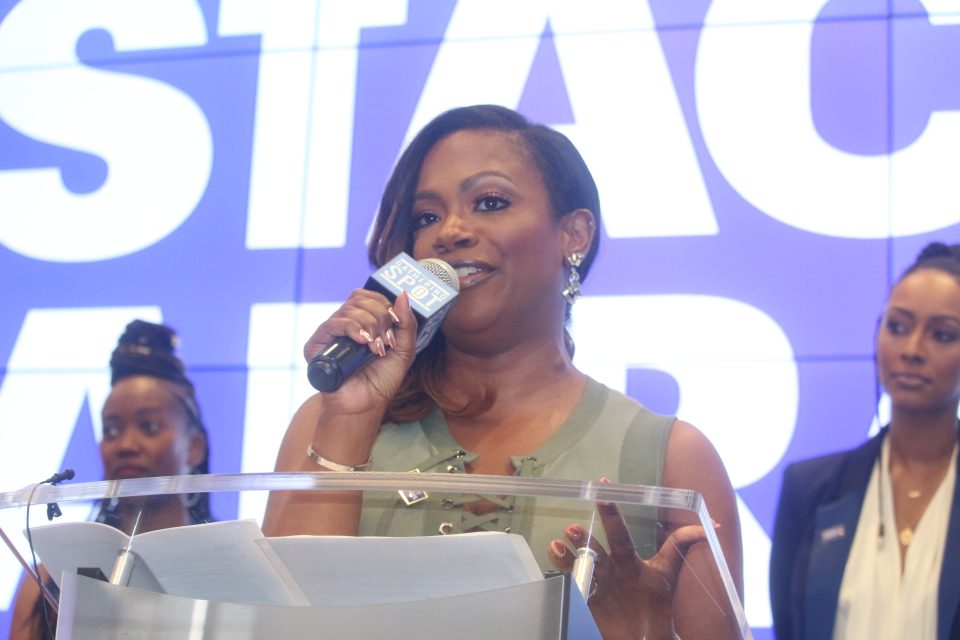 The tranquil Valentine’s Day atmosphere inside of Kandi Burruss’ restaurant in suburban Atlanta degenerated into chaos and bloodshed when an unidentified man walked in and shot three people.

“We were waiting for our spot at the Juicy Crab, and we were waiting outside actually at that bench right there,” bystander Brynae Kinsey told CBS News. “We heard two gunshots and I [saw] somebody run out that door, and I ran.

“I just heard her scream ‘ahhh,’ and then I heard two pops. Pop, pop,” Kinsey added. “I just wondered what was going through his head for him to pop off like that.”

Tucker and Burruss expressed remorse and horror at the tragic incident. Fortunately, none of the injuries were life-threatening, but police are still on the lookout for the shooter.

“My family and I are truly saddened by the unfortunate events that occurred at Old Lady Gang Camp Creek, on the evening of Feb. 14, an evening that was meant to celebrate love, unfortunately, turned into something quite different.”

Read Burruss’ entire statement on the horrific episode below:

My family and I are truly saddened by the unfortunate events that occurred at Old Lady Gang (OLG) Camp Creek, on the evening of February 14th, an evening that was meant to celebrate love, unfortunately turned into something quite different. Our prayers and thoughts go out to the individuals that were harmed or in any way negatively impacted. We are aware that this matter is being actively investigated by law enforcement and we are cooperating with law enforcement to bring to justice those involved. As African-American business owners, it has been our goal to invest in our community by bringing jobs, quality dining, and a positive experience to the greater Atlanta area; we hope that you know and understand that the acts of violence that occurred yesterday evening do not, in any way, serve as a reflection of OLG or its values. We appreciate all of the love and prayers that have come our way and we encourage anyone with any information regarding any aspects of the events that occurred to please reach out to law enforcement as soon as possible.