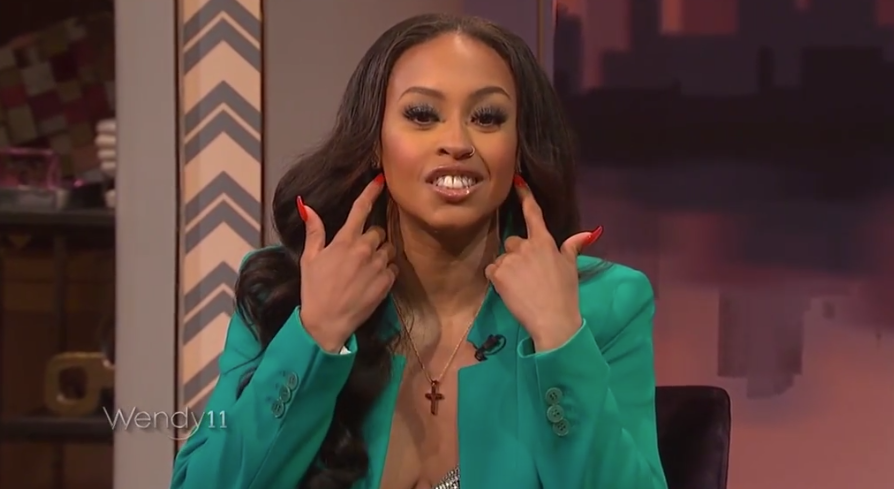 The Texas stripper who fell 15 feet off a pole and landed hard on her face, shattering her jaw in multiple places, now describes that scary and dangerous accident as a “blessing in disguise.”

One blessing that former exotic dancer Genea Sky never saw coming was a gift of $10,000 to help her return to school.

Sky admitted to Wendy Williams on her talk show that she had been praying that something would force her out of the stripping game at the XTC Cabaret in Dallas. But the thing that finally ended her career in the gentlemen’s club genre could have ended her life had she fallen and landed on her head the wrong way.

Sky intimated she was performing a normal routine when that career came to a painful halt. She was hanging upside down with an elbow grip on the pole. But this time her grip slipped, and she torpedoed 15 feet to the ground.

“All I remember thinking the whole way down is, ‘Oh my God, I hope I don’t hit my head,’” she later told Rolling Stone. “I just didn’t want to die.”

Today has been a very long day. My surgery went well. My jaw is currently wired shut so please refrain from calling me as of right now and bare with me on replies because my phone hasn’t stopped blowing up. Everyone’s love & kind words have not gone unnoticed whatsoever and it means so much to me that all of you have blessed me and uplifted me in so many ways. I am overwhelmed in the best way by all the support. I was really nervous as this all started blowing up because people are cruel and this is a very sensitive time for me. But I never imagined so many people would stand behind me in a situation like this and that has outweighed all the negativity by far. I am beyond grateful for you all. I am in a tremendous amount of pain but i am ready for this road to recovery so I can get back to my life. I will continue to update everyone over the course of my recovery but thank you once again for EVERYTHING 🙏🏽

The 24-year-old suffered several major injuries. Both sides of her jaw were shattered in several places and many of her back teeth were broken. Sky’s jaw was still wired shut when she appeared on the “Wendy Williams Show.”

Sky said the fall and the aftermath as “the worst pain I’ve ever felt and I wouldn’t wish it upon anyone.” She still cannot open her mouth and she had to tell her story by talking through her teeth.

The chilling episode gave Sky instant national notoriety. Williams was sympathetic to Sky’s ordeal and gifted the young woman $10,000 in order for Sky to return to beauty school to become an esthetician.

Check out Sky telling her story below: