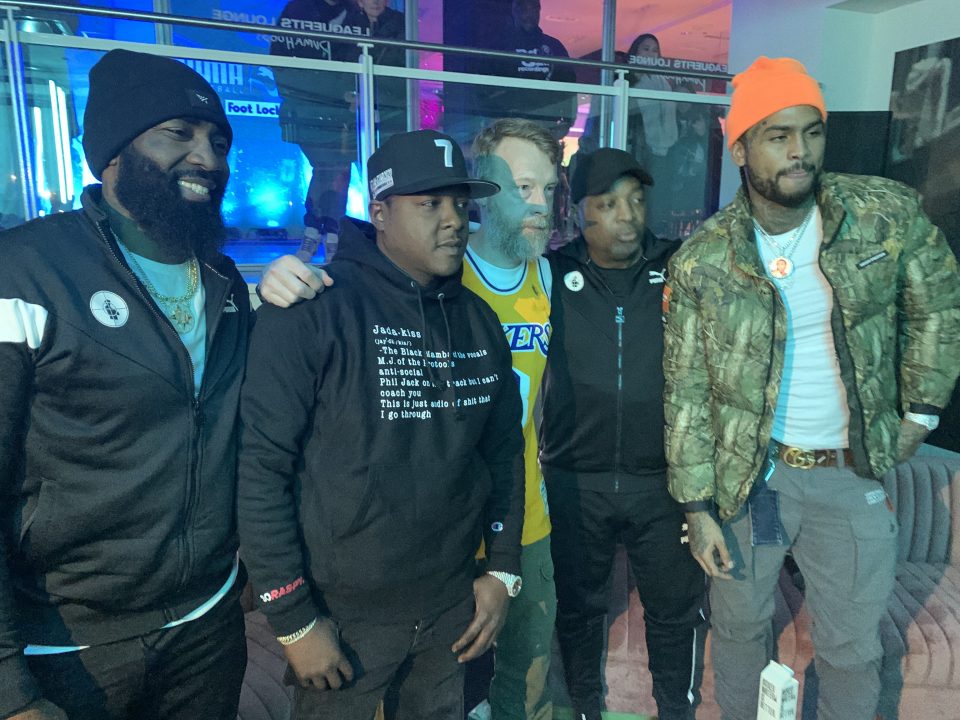 During the 2020 NBA All-Star Weekend, the three rappers — Chuck D, Jadakiss and Dave East — and the basketball star, God Shammgod, participated in the “Def Talks X Public Enemy” panel, which was powered by Puma and held at Puma’s League Fits Lounge in Chicago.

Moderated by journalist Russ Bengtson, the discussion explored how hip-hop and sneaker cultures became interlaced and just how far they’ve come. They also shared stories of how they shaped culture.

Shammgod, a former streetball legend and NBA player, made a name for himself by inventing a unique crossover known as “the Shammgod.” He discussed how rap had an impact on his career and how he remains well-known while only playing one year in the NBA.

“Being from New York, some of my best friends are rappers,” Shammgod said. “I heard my name in raps so many times that I’m humbled. I’m in a weird place now. I had a short career, but I’m still well-known. I’ve trained people like Trae Young, and God bless the dead, I trained Kobe Bryant’s daughter, Gianna Bryant. I’m in a place where I’m older, but I still get respect from the younger generation coming up.”

Chuck D talked about how the business of music changed when he initially started Public Enemy in the early 1980s.

“We were an album group in a single’s format,” Chuck D said. “Cassette players were everything from the 1970s until 1990 when CDs came. So the businesses were overlapping, and the same thing happened in the early 2000s when CDs were being pushed out. The smartphone emerged in 2006. Technology made the business change again. Five years later, streaming came. Staying on top of technology is important.”