Morning radio show host Rickey Smiley is incensed at what he deems as the systematic emasculation of young Black boys. He took umbrage that a high school teen in Texas faced suspension from his high school graduation because he refused to cut his dreadlocks.

Smiley says America reflexively criminalizes Black men and boys, but engages in social engineering as it applauds them for wearing feminine attire. 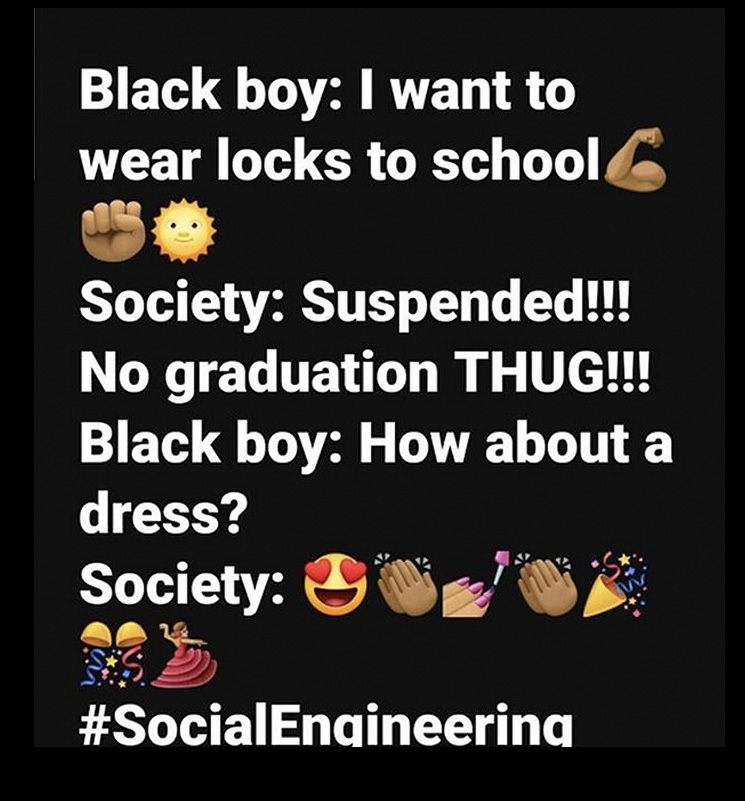 This issue took hold in America with the 16-year-old Deandre Arnold of Mont Belvieu, Texas, who made national news when he refused to acquiesce to the high school’s mandate and cut his hair. However, the teen got the gift of a lifetime when basketball legend Dwyane Wade and his wife-actress Gabrielle Union invited Arnold and his mother, Sandy, to attend the 2020 Academy Awards in Los Angeles on Feb. 9.

D-Wade and Union were already going to the grandest award show in America because their movie, Hair Love, received an Oscar nomination for best animated short film.

Some Instagram followers came back at Smiley and accused him of being hypocritical since some of his funniest stand-up material involved him dressing up as an elderly woman.

A second person penned: “Black people are judging a black boy wearing a dress and whites are judging both. It’s bad all the way around.”

And a third added: “Every generation has its attack on minority masculinity. Birth of a nation. Civil rights, the project mentality of the ’70s, the drugs in the ’80s, gangs in the ’90s. We didn’t want our men violent. More drugs and the glamorization of self-destruction of the 2000s now this.”

Click for exclusive video with Rickey Smiley discussing what fuels his passion.