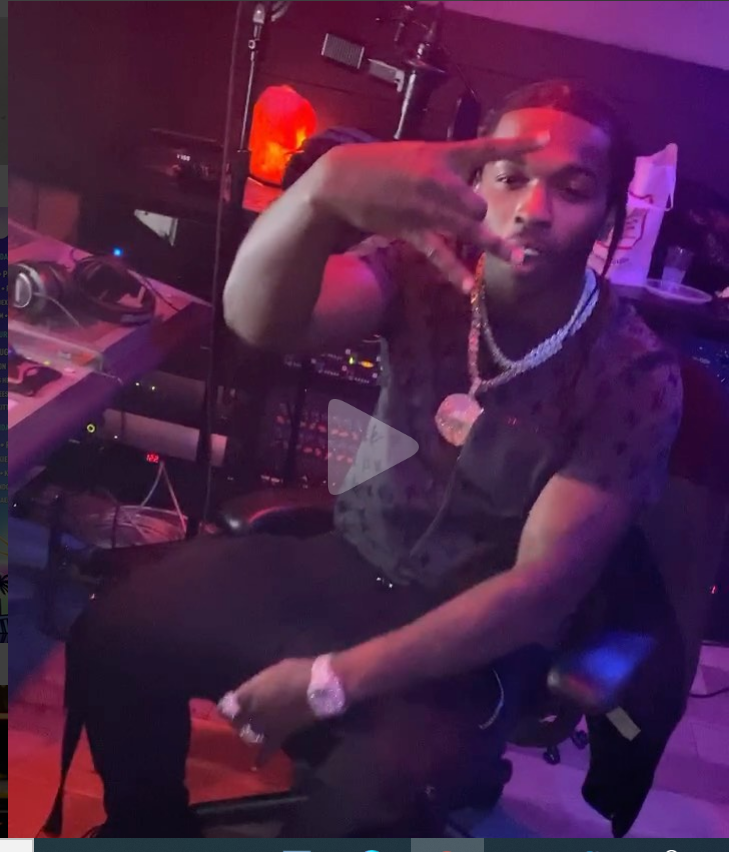 Fans of hip-hop continue to mourn the untimely passing of Pop Smoke. The 20-year-old, whose real name is Bashar Barakah Jackson, was reportedly shot and killed during a home invasion in Beverly Hills, California, according to the Los Angeles Times.

Hours before the shooting, Pop Smoke posted a video to his Instagram story of himself opening gift bags with tags that displayed the address of the home where he was staying. Some believed that the suspects may have gotten the address from the social media post.

Around 4:55 a.m. on Feb. 19, from someone on the East Coast who said a friend inside the home had contacted them to say that at least six people had broken into the home and that one had a handgun.

Pop Smoke was reportedly leasing the $2.5 million home from “The Real Housewives of Beverly Hills” star Teddi Mellencamp, who is the daughter of musician John Mellencamp.

Police have yet to name or arrest any suspects.