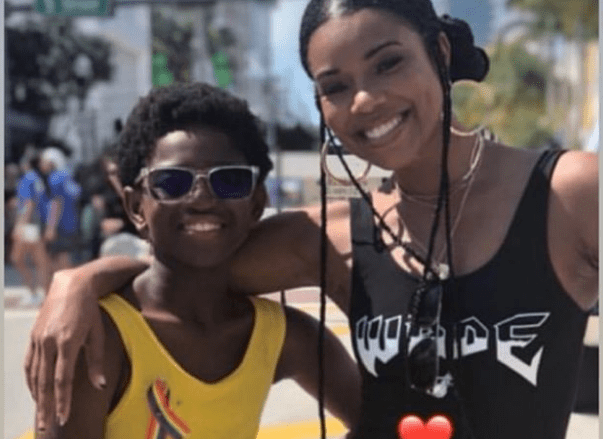 The NBA legend and future Hall of Famer told Robin Roberts of “Good Morning America” that “Zaya has known it for nine years” that she was a female.

D-Wade went on to explain that he had to do some self-evaluation in order to accept and properly support his daughter, who was born a male.

“I knew early on that I had to check myself,” D-Wade told Roberts on GMA. “I’ve been a person in the locker room that has been a part of the conversation that has said the wrong phrases and the wrong words myself.”

Wade, 38, believes the way he and his wife, “LA’s Finest” star Gabrielle Union, approached the situation enabled Zaya, 12, to blossom into adolescence with high self-esteem.

“My daughter was my first interaction when it comes to having to deal with this conversation,” he explained. “Hopefully I’m dealing with it the right way. … Inside our home we see the smile on my daughter’s face, we see the confidence that she’s able to walk around and be herself and that’s when you know you’re doing right.”

Ironically, D-Wade said it was the young Zaya who led the education on the LBTQ community for the family.

“Zaya knew two things: she knew straight and she knew gay. But Zaya started doing more research. She was the one who sat down with us as a family and said, ‘Hey, I don’t think I’m gay.’ And she went down the list and said, ‘This is how I identify myself. This is my gender identity. I identify myself as a young lady,'” he said.