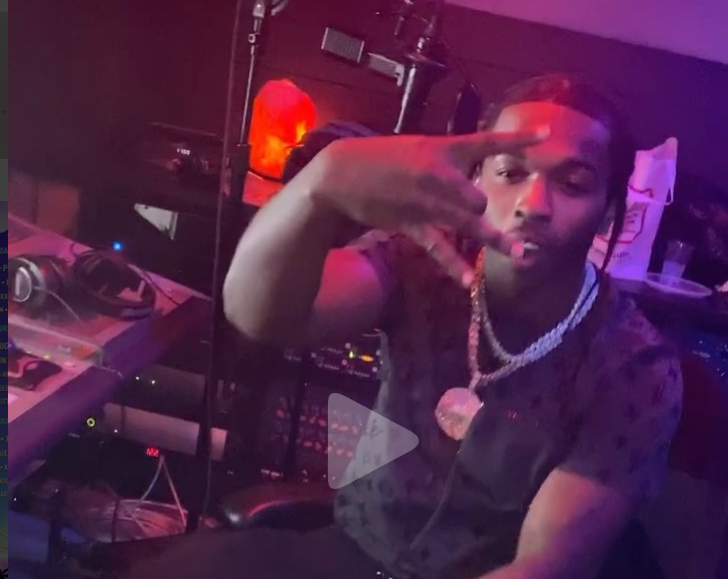 Pop Smoke may have been the victim of a targeted gang hit instead of robbery, according to various sources.

Based on reports by the Los Angeles Times and TMZ, the LAPD cautioned against jumping to conclusions. But the LAPD said the slain rapper, 20, allegedly had ties to the Crips gang, and detectives told the newspaper they believe the four gunmen were “probably gang members.”

TMZ stated that, according to the officials who viewed the surveillance footage, four men approached Pop Smoke’s posh home in Hollywood Hills, California, at about 4:30 a.m. and snuck around back. After a few minutes, three of the men walked back to the front from the outside, but that one man walked out the front door.

Police believe the fourth man was the shooter. First responders rushed to the home and found Pop Smoke, who was born in New York as Bashar Barakah Jackson, mortally wounded.

Rolling out reported on Wednesday, Feb. 19, that Pop Smoke inadvertently posted his address on social media while he and a friend flossed some packages and a thick stack of money. This is why many pop culture observers initially believe he was killed during a robbery. Los Angeles is notorious for housing some of the nation’s most organized and sophisticated home invader squads who routinely burglarize the homes of the wealthy and major celebrities.

However, the fourth gunman who entered the home through the back and walked out the front door, did not carry any items in his hand, according to the video obtained by the LAPD. This, however, does not exclude the possibility that the intruder could have taken items and stuffed them in his pocket.

The LAPD said the investigation and influx of information remain fluid.

Please take a few minutes to fill out the following survey with your favorite spots in Atlanta!