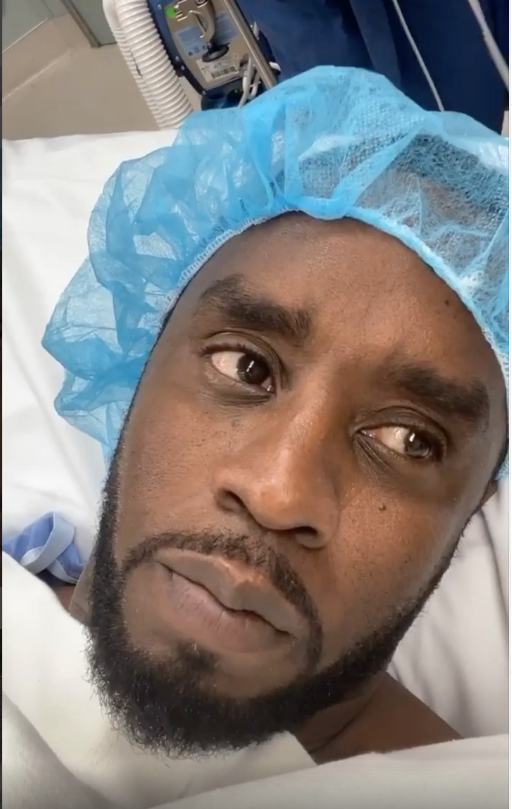 Diddy believes God is trying to tell him to slow down as he prepares to go under the knife for the fourth time in the past two years.

Before the multimillionaire music mogul can begin work on the much-anticipated “Making the Band” reboot on MTV, Diddy has to have surgery to repair a quadriceps tendon tear on his left leg.

As a result of the reconstruction, Sean Jean Combs, 50, will miss the few auditions of the iconic show that’s being resuscitated after years languishing in the basement archives.

As for another round in the hospital surgery room, Diddy just chalks it up to being a lifelong clutz.

“I’m clumsy. I trip. I fall. I fall in holes. It’s always been like that. This is my fourth surgery in two years. I’ve had two rotator cuffs, a knee replacement, and now it’s  quad.”

Not to worry, Diddy says. He has dispatched his trained male offspring to lord over the proceedings in his absence.

“I’m going to be watching and judging from my bed at home. I’m sending the Combs cartel down there,” Diddy reassures on his IG page.

”It’s time we bring R&B back. Male and female singers, you can be any race, creed, color, sexuality, but you have to be able to sing and be able to dance.”

🚨 THIS IS NOT A TEST 🎤 The Combs Cartel is hitting the road, casting for #MakingTheBand looking to scoop up the BEST talent ready to break into the industry! 🙌

Diddy will reprise his role as the mentor and producer of the show, while his three sons – Christian Combs, Quincy Brown, and Justin Combs – will serve as judges. Quincy Brown said in their announcement:

“We not settling for just anybody. If you feel like you got what it takes to compete in today’s industry — y’all know how our pops does it. So expect nothing but the best to be showing up,” he says in the video below.

Renowned choreographer Laurieann Gibson will also return to the reality competition series, giving the show a strong feeling of familiarity.