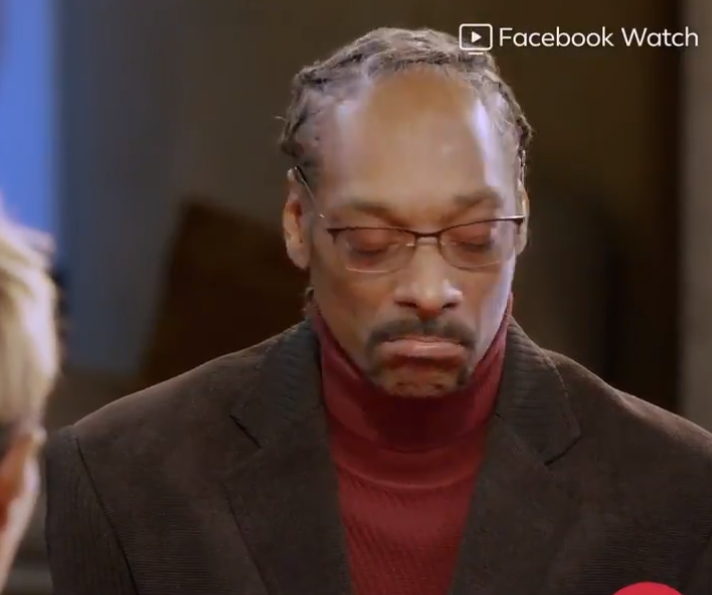 Jada Pinkett Smith told Snoop Dogg on “Red Table Talk” that her “heart dropped” when the rap legend called Gayle King the b-word and threatened her after she asked about Kobe Bryant’s past sexual assault case after his death.

The latest episode of the ratings-smashing Facebook Watch show will air Wednesday, Feb. 26, 2020. Pinkett Smith, 48, joins her daughter Willow Smith and her mother Adrienne Banfield-Jones to have a deep conversation with Snoop about how his explosive words impacted them.

“When you first came out and you said what you said in regards to Gayle, my heart dropped,” Pinkett Smith told Snoop, 48. “I felt like not only were you talking to Gayle, but you were talking to me.”

Pinkett Smith, 48, explained to a contrite Snoop that she felt his scorching comments took away the power from herself, her daughter and her mother. Pinkett Smith intimated that she feels if she or other women spoke publicly about something else that angered Snoop, they would be subjected to similar ridicule and name-calling.

“I was like, ‘Not Snoop,’ ” Pinkett Smith continued, as the rapper closed his eyes and shook his head. “And so that’s one of the reasons why I felt like I really wanted to have this conversation with you in the spirit of healing.”

Snoop was ostracized nationwide for his lambasting of King, 65, despite many urbanites agreeing with Snoop that King overstepped her boundaries during her interview with WNBA legend Lisa Leslie, 47.

Snoop later apologized for calling King out of her name after speaking with his mother. King accepted his mea culpa.

Check out the preview clip below: