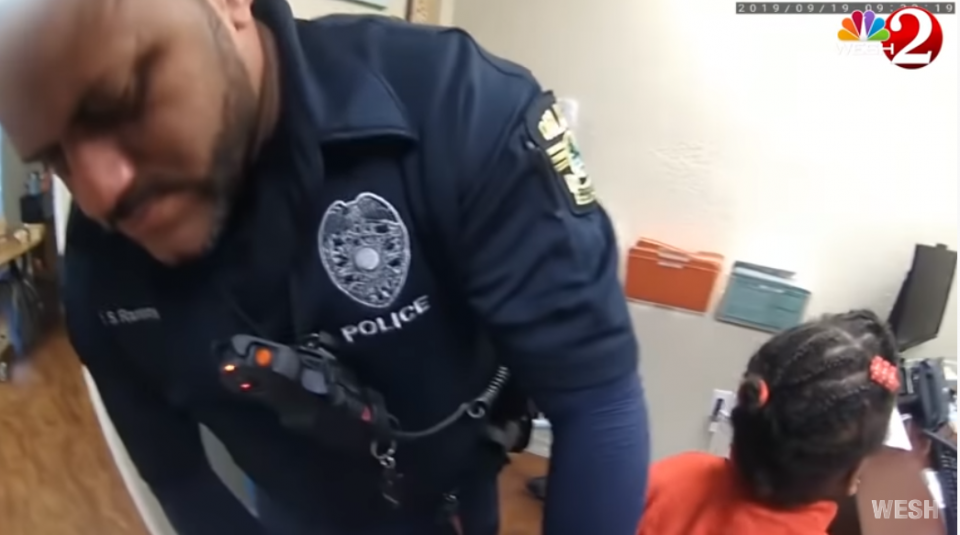 Video has finally been released showing a traumatized and sobbing 6-year-old Black girl being handcuffed, arrested and taken to jail in Orlando, Florida, in Sept. 2019. The girl was also reportedly photographed and fingerprinted like a hardened criminal.

The attorney of the family of the little girl released the footage to the media. It shows former Orlando Police officer Dennis Turner marching into the Lucious and Emma Nixon Academy armed with zip ties to apprehend Kaia Rolle. He claims that a school employee wanted to have Kaia taken away for allegedly “battering” members of the staff. Turner also said the school wanted to press charges against the girl, according to WESH television station.

However, school officials complained the officer lied in his report. They denied they wanted the girl arrested and did not want to press charges, according to WESH.

“We care about the well-being of our students. The officer’s statements are inaccurate. We did not ask for either student to be arrested, neither did we want to pursue criminal charges,” a spokesperson for the school said.

The episode was so disturbing that some school employees were reportedly crying as the screaming little girl was led away to a police squad car. Turner also arrested a second student.

As Turner walks her outside, the girl wails, “Please let me go,” and “I don’t want to go in the police car” as he places her in the back seat.

“As a grandfather of three children less than 11 years old, I can only imagine how traumatic this was for everyone involved,” Rolon said, according to WESH. “We were all appalled. We could not fathom the idea of a 6-year-old being put in the back of a police car,” Rolon said.

Flip the page to watch the disturbing video of the elementary student’s arrest: