After months of intrigue and legal maneuvering, a judge has ordered rapper Future to take a DNA test to confirm or disprove he is the father of Eliza Reign’s baby.

Reign, 29, has reportedly served Future three times in the past year to take a paternity test and now the “Percocet” rapper must take one in the next 30 days lest he faces felony charges, Bossip reports.

Future, 36, who was born in Atlanta as Nayvadius DeMun Wilburn, also must turn over a complete record of his current financial status and annual income or face the threat of serious ramifications from child support court.

This comes amid increasingly bitter exchanges on social media and in the courts between the two former lovers. Future, according to TMZ, accused Reign, whose last name is Serafin, of calling her toddler “a check baby,” and that she purposely had a baby to extort money from him.

Future also tried to petition the court on more than one occasion to implement a “gag order” to stop Reign from discussing their most private sexual encounters. He admitted dating the IG model from 2016 to 2018.

Through all of this, however, Future has yet to deny that he is the father. He acknowledges that he is a father to six children by five different women.

Reign, on the other hand, changed her name on her Instagram page to “JUST TAKE THE TEST.”

She also indicated on her Instagram story that she has grown weary of this seemingly never-ending battle with Future to confirm he is the father of her child. 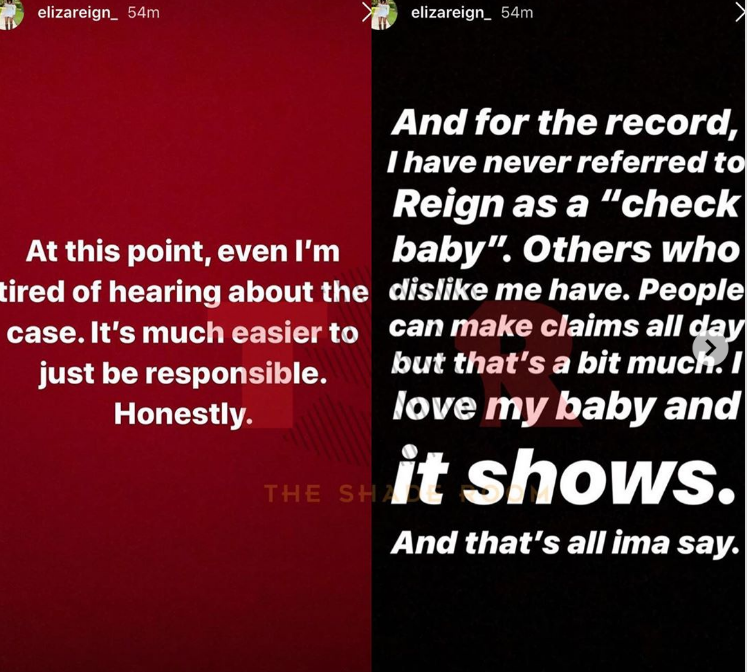 Remember, Reign and another woman who claims Future is the father of her child, took a DNA test and proved that their two toddlers have a 99 percent chance of being siblings.

Reign also claims that Future makes over $19 million a year and currently has a net worth in access of $40 million. Therefore he is capable of paying much more than the $450 a month that he is offering.