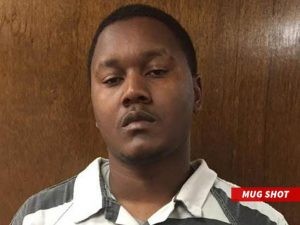 A heartbroken Tyler Perry said he had a dream that one day he would hire his nephew, Gavin Porter, outside of prison after Porter finished serving his sentence for manslaughter and was released.

But that dream was suddenly and violently snuffed out when Porter was found dead in his cell in a Louisiana prison on Saturday evening, Feb. 22, 2020.

Perry has ordered a second autopsy to be performed on Porter, who allegedly hung himself in solitary confinement that night. Prior to his death, Porter reportedly had been moved to solitary confinement after he was involved in a fight with several other inmates in general population.

The 50-year-old movie mogul told his 5 million Instagram fans that he wants to put the family at ease because they are questioning the official cause of death. Union Parish Sheriff Dusty Gates told the Louisiana News-Star newspaper that Porter hung himself in a cell with a bedsheet at Louisiana’s Union Parish Detention Center. Gates added that he did not suspect foul play.

“Three days ago, I got the horrible news that he allegedly committed suicide in prison,” Perry wrote. “I say allegedly because, unfortunately, our criminal justice system and prisons have been notorious for cover ups and/or getting it wrong. (sic)”

Perry said he went to see Porter in his jail cell shortly after he shot and killed his own father, Gary Wayne Porter, who was 54, in front of his mother following a fight in 2017. Perry added that he wanted to ensure Porter that he knew he was loved at the time, despite his horrific crime.

“But it was most important to all of us, including his mother, that he was punished for this horrific crime that he had committed,” Perry wrote.

Take a look at Perry’s message to his fans in full below: