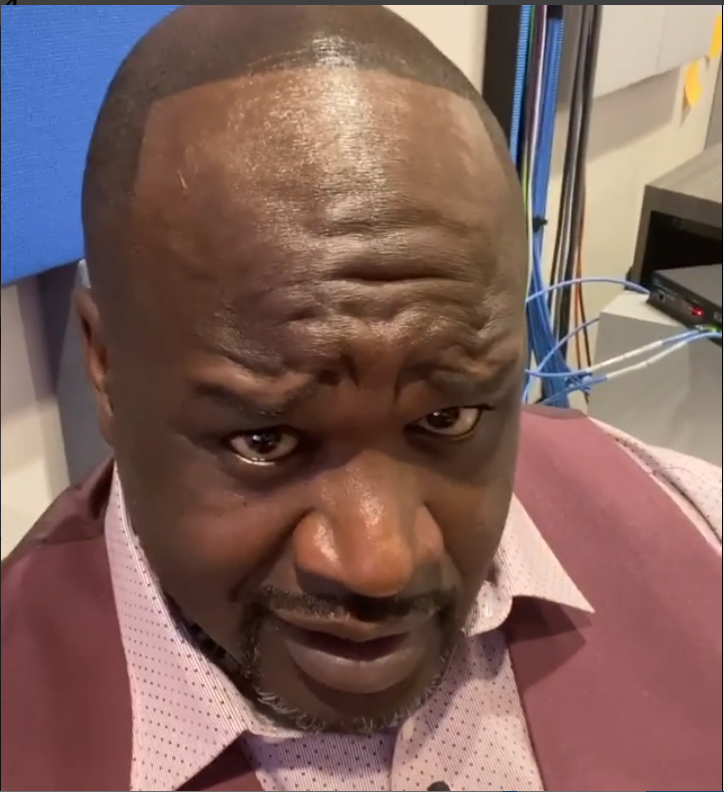 NBA Hall of Famer Shaquille O’Neal wants to let you know that he honors his bets.

O’Neal, the co-host of the “NBA on TNT” with fellow NBA legend Dwyane Wade, lost a bet to D-Wade over a recent marquee matchup between the Milwaukee Bucks and the Miami Heat — the latter team where both icons once played for and won a title together.

O’Neal, 47, who is most often called “Shaq,” placed a bet with D-Wade, 35, that the Bucks, currently sporting the NBA’s best record (52-9) and boasting the reigning MVP Giannis Antetokounmpo, would beat the Heat.

The Heat, however, outclassed the Bucks on March 2, 2020 in South Beach, 105-89. As a consequence for O’Neal losing his bet, D-Wade ordered Shaq to reveal his hairline that is in serious retreat.

Shaq quickly consulted D-Wade on how he wanted to be paid off: “I said, ‘So what do you want me to do? Pay you?’ He said, ‘Nah, you have to let your hairline grow out. We want to see your hairline looking like Kenny Smith,’” O’Neal said during the pregame show as Wade laughed.

Shaq has long sported a clean-shaven head that glistens in the light. But on Tuesday evening, March 3, it was a completely different look that inspired widespread laughter from the audience.

This set the stage for NBA fans to clown Shaq into oblivion via Twitter. Check out the hilarity below:

“I look good … I wanna hear all the mean comments, cause I’m keeping it.”

He ordered a lebron special

Shaq got that Stephen A. hairline 💀💀 pic.twitter.com/ucVWw1tnvz