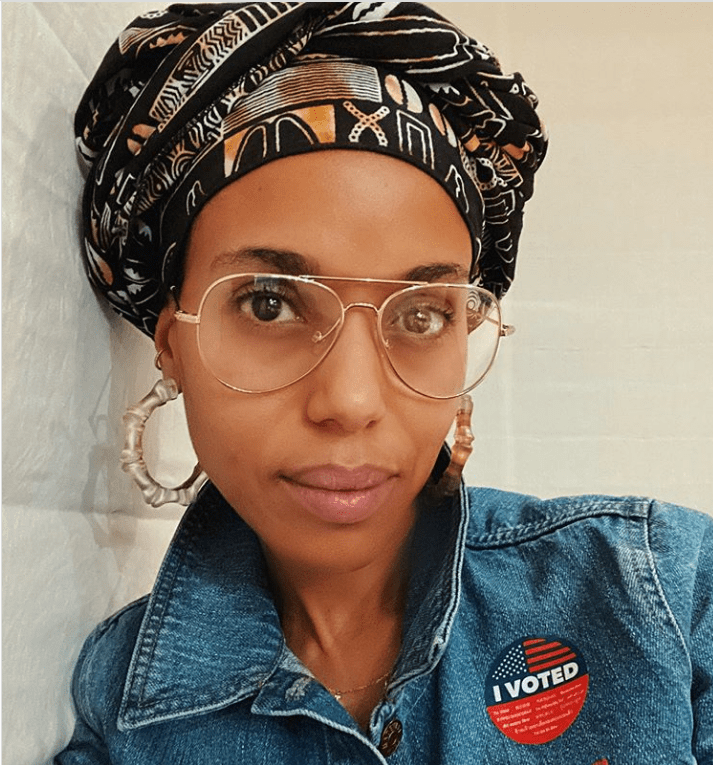 Tuesday, March 3, 2020, was the biggest voting day of the election season so far. American citizens in 14 states and one U.S. territory cast their votes for one of the four remaining Democratic presidential candidates: Joe Biden, Michael Bloomberg. Bernie Sanders and Elizabeth Warren.

With the state of California becoming a part of the Super Tuesday primaries for the first time, a gang of Hollywood celebrities marched to the polls to cast their ballots.

Among them was actress Kerry Washington of “Scandal” and Django Unchained fame, who posted on Twitter: “Check my BEFORE & AFTER voting! Who’s getting out to VOTE on #SuperTuesday?! 🗳”

Check my BEFORE & AFTER voting! Who’s getting out to VOTE on #SuperTuesday?! 🗳 pic.twitter.com/6mLaUyswQH

Others, including Oscar and Emmy winner Viola Davis, former supermodel Tyra Banks, “Black-ish” star Tracee Ellis Ross, Beyoncé’s mother Tina Knowles- Lawson, Vivica A. Fox were among dozens of other Black celebrities who showed off their voting stickers after emerging from the polls on Tuesday afternoon and evening.

Even Snoop Dogg got into the act, reminding his fellow Golden State natives to become a part of the electorate.

Check out a sampling of Black celebs who went out to exercise their democratic right to vote on Super Tuesday.

@traceeellisross did what she had to do, did you? #supertuesday

Please go out and vote . If you do not vote than don’t complain! When we have 4 more years of this 😫😫😫😫Use your voice! Our people Died so that we could vote ❤️❤️🙏🏾🙏🏾🙏🏾