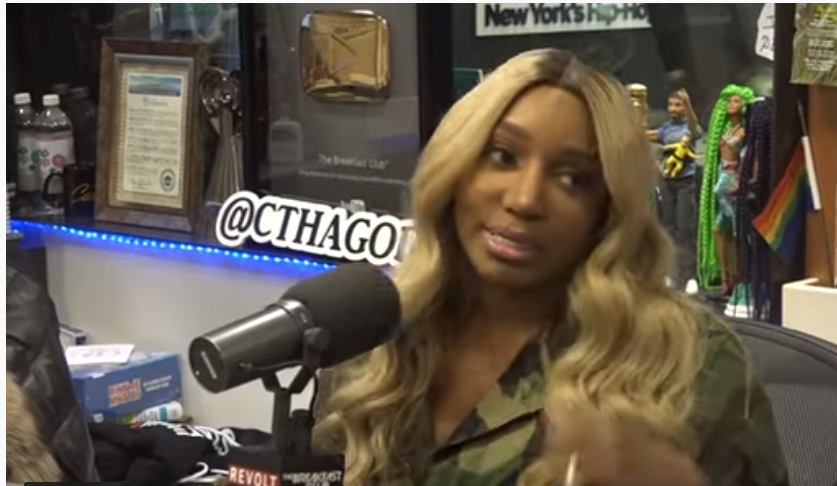 Charlamagne tha God of “The Breakfast Club” radio show claims that he doesn’t try to start drama. But he was very determined to find out if NeNe Leakes feels that Wendy Williams and her ex-husband, Kevin Hunter, blocked her would-be talk show several years ago.

Reportedly, the original “Real Housewives of Atlanta” star had a talk show in the works with Debmar Mercury, the same syndication company that produces Williams’ eponymous daytime talk show. Leakes revealed that the plans for her own show were scrapped.

Charlamagne is certain that Williams and her now ex-husband “blocked” her potential show and when she asked if that was true, Leakes’ answer was short:

Leakes admitted that she has yet to broach the topic with Williams about this matter, despite the fact that they have been spending a lot of time together recently.

“I don’t think we talked about that. I think it was her husband,” she said. “Well, you know, things happen. I think that timing is everything, and maybe it wasn’t my time.”

The ever provocative Charlamagne kept prodding Leakes, asking if Williams can make it good again.

“She can make that good again. Sometimes people are intimidated,” Leakes responded. “They think you’re gonna come up and do more than they do. I’m not sure. But I know that it was scrapped, that’s true. I just… never tried to have a conversation with her.”

She also explained why she hasn’t spoken to Williams about it.

“I’m not opposed to talking about Wendy about nothing. I just felt like it was old news. I don’t really care about it anymore. I’ve moved on, she’s moved on. She’s not with Kev anymore. I thought he was toxic for her. I’m sure he was the person to go and get it stopped. It was either [him] or Wendy.”

Check out Leakes full interview with “The Breakfast Club” on the flip.