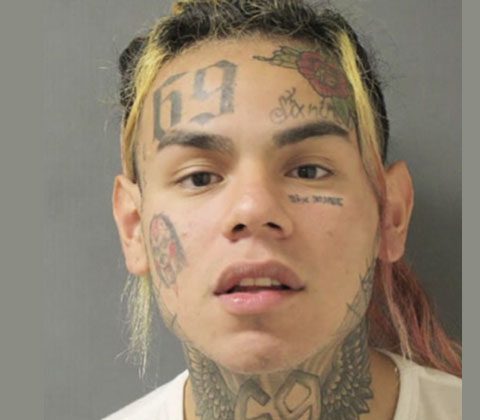 Tekashi69 is expected to walk out of a federal prison before this fall. The rapper-turned-police informant will be released from federal custody on Aug. 2, 2020, according to Complex and the Bureau of Prisons’ public affairs divison.

The New York-based rapper was initially facing 47 years in prison for his role as a member of the Nine Trey Bloods gang.

Tekashi, whose given name is Daniel Hernandez, may have put himself in danger with his testimony in federal court. During his three-day testimony, Tekashi snitched on members of the Bloods gang and several rappers.

He revealed that he met most of the Nine Trey Bloods gang members at a video shoot for his song “Gummo.” Tekashi wanted real gang members in the video and paid for three dozen red bandanas for them to wear during the shoot.

After the video shoot, Tekashi eventually became an official Nine Trey gang member and testified that he participated in shootings, assaults and drug trafficking. Prosecutors played the video, and Tekashi pointed out several gang members who were featured in the video.

He also created an uproar when he named rappers Cardi B, Jim Jones and Trippy Redd in his testimony. During cross-examination, Tekashi was asked if he attempted to use his gang affiliation to further his career, similar to Cardi B. Tekashi denied that he used gang members to further his career, but he also claimed that Cardi B was a member of the Bloods.

Tekashi 6ix9ine will reportedly refuse to enter witness protection after he completes his prison stint. The embattled rapper wants to resume his music career and will hire bodyguards to protect him around the clock, according to TMZ.

He also will have to pay for the protection of his family members and some friends who could be targeted due to their association.

If Tekashi had chosen to enter witness protection, he would have had to relocate to an obscure location and pay for the removal of his tattoos.