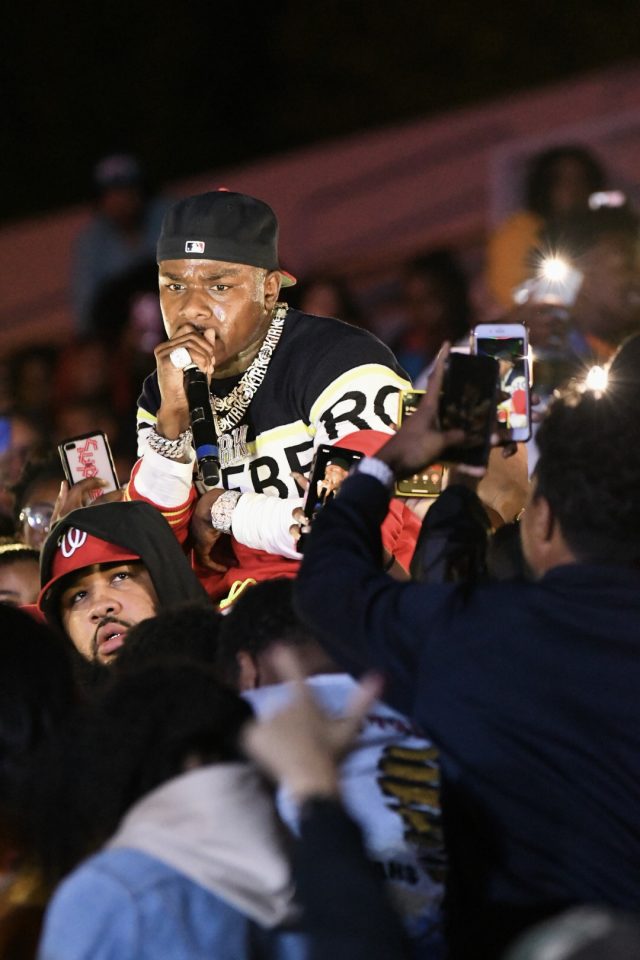 DaBaby was caught red-handed viciously smacking a woman while walking by a crowd before performing in a Florida club, and he is offering his mea culpa to the victim.

The problem is that the woman has already lawyered up and is ready to sue the Cleveland-born rapper for striking her without provocation. The unnamed woman claims that DaBaby struck the wrong woman whom he believes hit him first with her cellphone, inciting him to unleash a brutal right hand against her face. DaBaby, meanwhile, is trying to protect himself and justify his violence by offering to pay someone with a good camera angle showing him being struck first.

The conundrum popped off at the Whiskey North nightclub in Tampa, Florida. DaBaby, 28, whose real name is Jonathan Lyndale Kirk, is shown reacting to someone shining a cell phone flashlight on him. That individual apparently got too close and hit him in the face.

Flip the page to view the video and Da Baby’s apology.