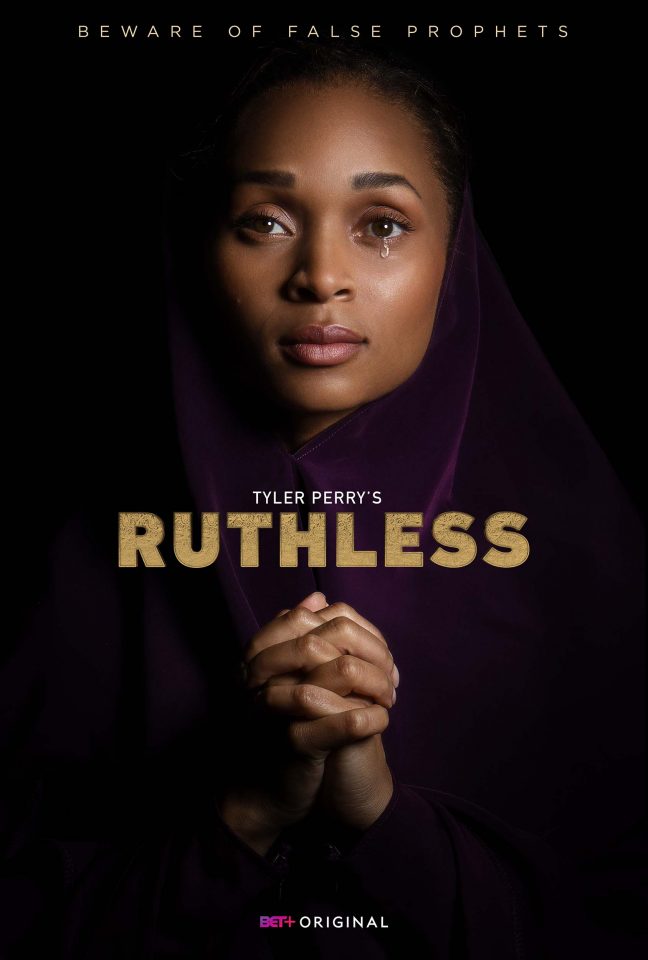 If you’re looking for a new show to binge-watch while you’re spending more time inside, Tyler Perry has you covered. “Tyler Perry’s Ruthless,” a spin-off of the hit television series “The Oval,” premiered this week on BET+. The gripping one-hour drama is full of fiery twists and turns as it unfolds the story of Ruth. “The Oval” actress Melissa L. Williams plays Ruth, a mom who kidnaps her young daughter to join her in the underground world of a dark religious cult. BET+ dropped three episodes this week that are available to stream.

We caught up with Williams to discuss her new show, and how she prepares for her role.

Tell us about your new show, “Ruthless.”

“Ruthless” is a spin-off of “The Oval,” which is Tyler Perry’s No. 1 drama right now on BET. It follows my character Ruth, who kidnaps her daughter in “The Oval”, it takes you into the underground world of the fanatical cult she has joined.

How did you prepare for such a controversial role?

First, I was given documentaries to watch from Tyler Perry Studios. I did some of my own research by watching YouTube. There are interviews from actual women in cults on YouTube. I made sure to pack my brain with as much information on existing cults as I could to understand the mindset of someone who would want to join one. I did it for my audition for Ruth but even more so for “Ruthless.”

With all the underlying messages in “Ruthless,” what do you want viewers to take away?

I want viewers to take away the importance of knowing yourself and the importance of being confident in your decision because a lot of times people rely on what other people might think and take that as bible. They take it as that’s the final word and it’s absolutely not.