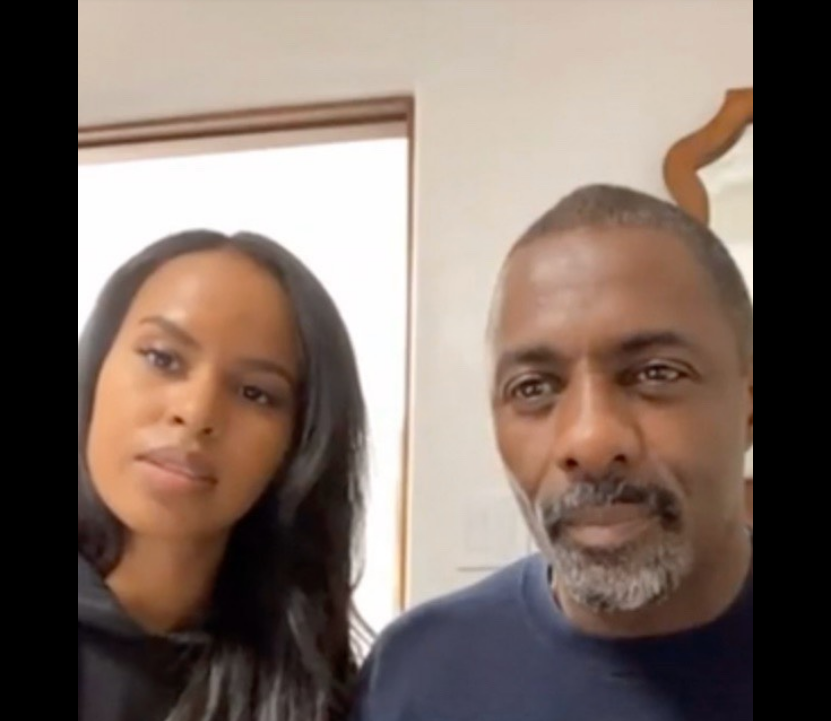 Idris Elba’s wife, Sabrina Dhowre Elba, is viewed by many as the quintessential embodiment of the urban term “ride-or-die chick” as she refused to leave his side after he contracted COVID-19.

Sabrina Elba explained her controversial decision to stay by her famous husband’s side, as well as the criticisms she received, with Oprah Winfrey on the new Apple TV show “Oprah Talks: COVID-19.”

Mrs. Elba said she defied medical experts’ admonishments that she practice social distancing from the No Good Deed and “The Wire” star after he tested positive.

Idris Elba came to his wife’s defense on her decision to stay by his side. He explained that she very likely contracted COVID-19 on or about the same time he suspected he did from a close acquaintance.

“If I had caught it, she had certainly caught it in that time period, as well,” Idris Elba told Winfrey. “People were right to have highlighted that spatial distancing is important. I think given the context of the video, which was telling the world what has happened to us, we weren’t thinking about that specifically.”

Even though she is suffering from yearly allergy issues, she doesn’t believe she has yet exhibited symptoms from the virus.

Check out the interview with Winfrey below.

Like millions of people all over the world, I've been staying safer at home for over a week now. I know a lot of people are feeling stressed, overwhelmed, and uncertain. Because of that, I wanted to offer some hope and gather thought leaders and people going through it to add some perspective. Which is why I FaceTimed Idris Elba and his wife Sabrina who are safely quarantined together after he tested positive for COVID-19. Idris fills me in on his journey and Sabrina reveals the result of her test after they decided to quarantine together. Tap the link in my bio to watch our conversation for FREE on the Apple TV app (on your phone) or visit apple.co/oprahtalks