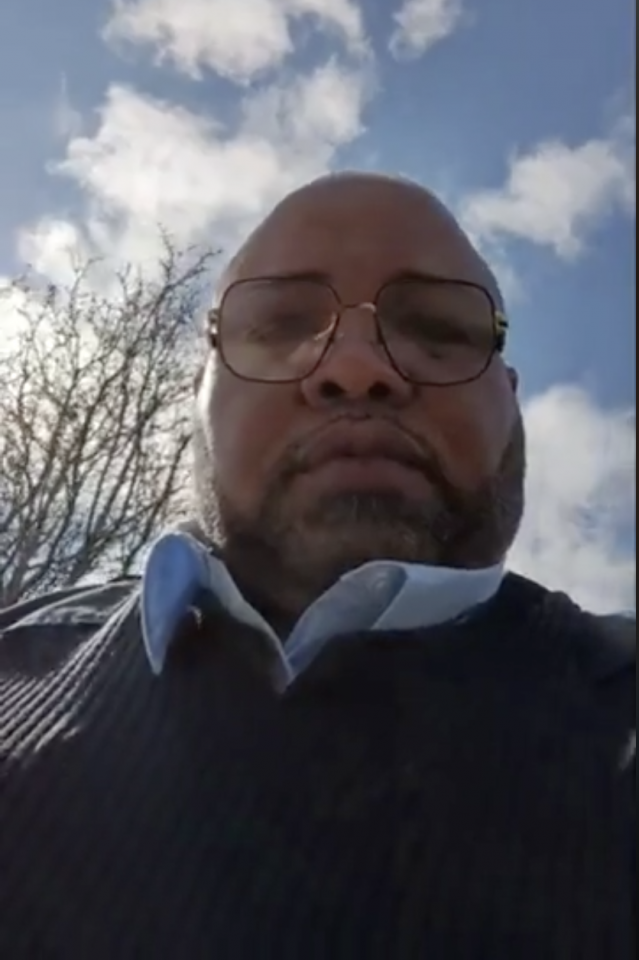 On March 21, 2020, Detroit bus driver Jason Hargrove, 50, took to his social media to express his disdain for an older female passenger recklessly coughing on his bus, several times, without covering her mouth. Four days later he fell sick. On the night of Wednesday, April 1, Hargrove died from COVID-19. It’s unclear how he got the virus.

Hargrove’s FaceBook plea was an attempt to get people’s attention to take this pandemic seriously.

“For us to get through this and get over this, y’all need to take this seriously,” he passionately said, “There’s folks dying out here because of this sh*t!”

You can see from his video that he was visibly upset and concerned about the woman’s complete disregard for his job or the other passengers on his bus.

“This coronavirus sh*t is for real, and we’re out here as public workers, doing our job, trying to make an honest living to take care of our families. But for you to get on a bus, and stand on the bus, and cough several times without covering up your mouth, and you know that we are in the middle of a pandemic, that lets me know that some folks don’t care, utterly don’t give a f*ck,” he said.

Hargrove wasn’t the only bus driver angry about working without protective gear or any means to protect themselves. Several bus drivers staged a walkout on March 17, just four days before Hargrove posted his now viral video. It was only after that that they started receiving gloves and wearing masks when “they could get them” according to Glenn Tolbert, president of the bus drivers’ union. After the walkout, Tolbert said the fleet was cleaned and sanitized, but wonders if that was enough.

When the mayor of Detroit met with reporters on Thursday, April 2, he told them that bus drivers previously complained of sick passengers getting on the bus, coughing and sneezing right in front of them, as passengers paid their bus fare. Since Hargrove’s passing, the mayor acknowledged watching his video and recommended that everyone in America sees it too.

“I don’t know how you can watch it and not tear up,” the mayor said. “He knew his life was being put in jeopardy even though he was going to work for the citizens of Detroit every day, by somebody who just didn’t care, somebody who didn’t take this seriously. And now he’s gone.”

As a remedy to that situation, Detroit bus drivers are no longer collecting fares at all, and passengers are only allowed to enter the bus through the rear doors. Unfortunately, that wasn’t an option for Hargrove who was diagnosed with the deadly virus shortly after he posted his video, and died days later.