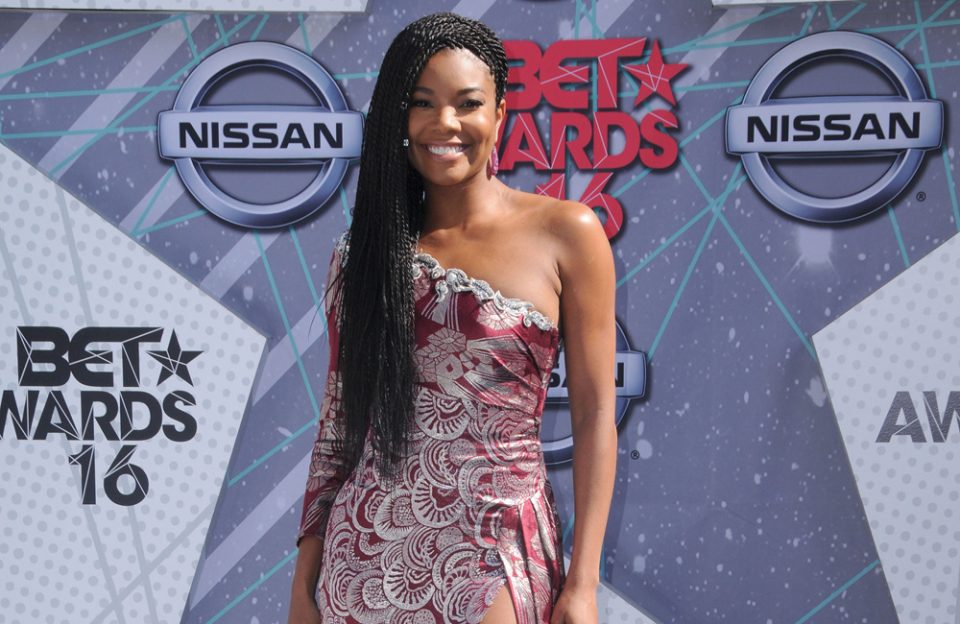 Actress Gabrielle Union slayed the #UntilTomorrow challenge when she revealed her elementary school photos that awed contemporaries and fans alike.

The wife of NBA legend Dwyane Wade and “LA’s Finest” thespian took her 15 million Instagram fans on a quick stroll down memory lane after she was tagged by iconic singer Janet Jackson’s equally adorable #UntilTommorow post.

“Oh, boy!!! Let’s see what I got in the vault,” Union, 47, said, taking up the challenge to see what she could dig up in the archives.

The mother of 1-year-old Kaavia James then uploaded a double-face photo from her elementary school days wearing a purple sweater and pigtails, replete with a popped collar that she laughs about today.

“Yall that damn collar popped. I. Cant.,” Union marveled over herself in the comments section of her own IG post.

Other celebrities loved the school photo, as well.

Actress Megan Good, 38, who starred with Union in the 2012 blockbuster hit Think Like a Man as well as its 2014 sequel, was floored and commented, “Yeeeees!!! Lol so good!”

Actor Duane Martin added: “You can see the fire burning behind those eyes for sure 💪🏾.”