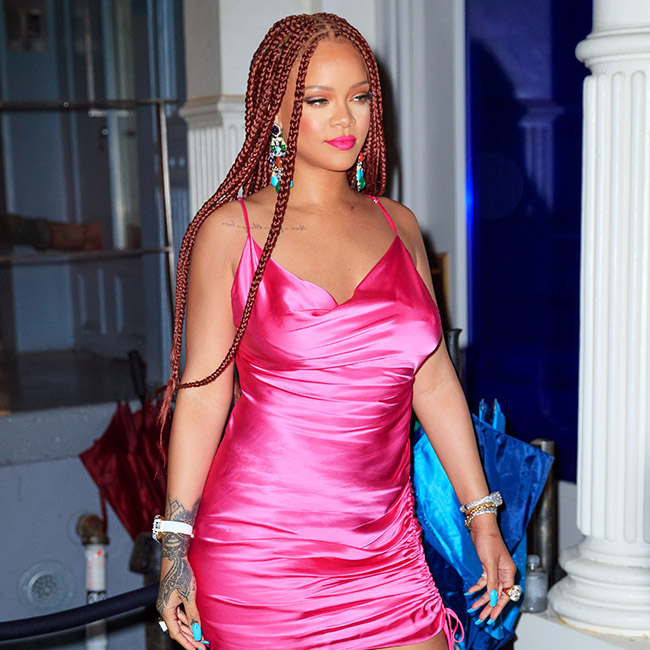 Rihanna has told fans to stop asking her about a new album while she is working to fight back against the Covid-19 pandemic.

The 32-year-old singer and fashion designer — who has not released a studio album since the 2016 record Anti — has already donated over $8 million dollars to various causes during the Covid-19 pandemic and told fans she is working on philanthropy rather than music right now.

Speaking during an Instagram Live, she told her fans: “If one of y’all motherf—— ask me about the album one more time when I’m tryna save the world, unlike y’all president….on sight.”

This comes after Rihanna and Jack Dorsey announced a donation of $4.2 million to help domestic violence victims in LA during the pandemic.

Rihanna and her Clara Lionel Foundation joined forces with Twitter CEO Jack, 43, to send the huge sum to the Mayor’s Fund to “address a surge in domestic violence” in LA during the coronavirus lockdown.

Both the CLF and Dorsey are donating $2.1 million each and the money will “enable the Mayors’ Fund for Los Angeles to provide 10 weeks of support for victims of domestic abuse including shelter, meals and counseling for individuals and their children,” according to an announcement on the CLF’s website.

The statement added: “An estimated 10 million people experience domestic violence in the U.S. each year. The Los Angeles Housing Authority has determined that dozens of individuals (and their children, in many cases) are being turned away from at-capacity domestic violence shelters every week as incidents have been on the rise since the Safer at Home Order was issued in March.