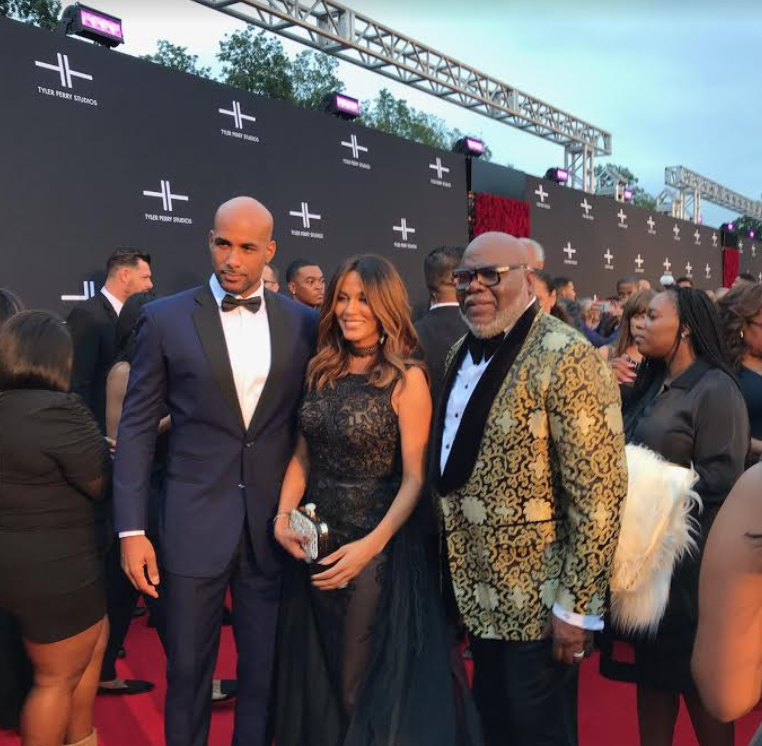 “Soul Food” actress Nicole Ari Parker has become increasingly frustrated with the lack of flirtation and romantic ingenuity exemplified by her husband, actor Boris Kodjoe, and she took to Instagram Live to vent her feelings.

Parker, 49, who has been married to Kodjoe since 2006, said in the last year she has yearned for the connection she used to have when Kodjoe first pursued her when they starred on the hit Showtime series “Soul Food.”

“Sometime in the last year or so I thought, you know, I wish that he was my boyfriend again,” she said in the IG Live video with comedian Chris Spencer that was obtained by Spiritual Word.

“I don’t necessarily want to be single, but I miss the single life. I miss the text messages for no reason. I miss the coming up behind me when I’m scrambling eggs and just kissing me on the back of the neck.

“I’m being general here, but I’m just saying there’s the trappings of being single,” she added.

With husband Kodjoe looking bothered and continuously chomping away at the snack plate — while making very little eye contact with his wife — Parker continued.

“You two (Spencer and his wife) are really good-looking people, and you’re married, and we’re married. There’s people that flirt with you, and the part of the flirtation doesn’t necessarily make you go wayward, but part of the flirtation that even makes you look at your phone, or even in your workspace, is that they have like a freshness or a newness.”

Undeterred by her husband’s disposition, Parker continued. “I personally believe that if you’re in it for the long haul, that freshness and newness is still possible if you talk about it. Be like, ‘Look, I know we talk about date night. Let’s go have a date night. I know we talk about kissing and texting for no reason, but the last time you texted me was over like the cabinet guy.’”

Flip the page to watch the video in its entirety and check out Kodjoe’s mood.