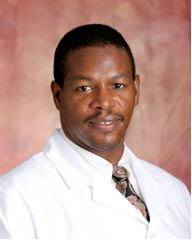 A Black scientist at an HBCU is one step closer to developing an antiviral drug to combat COVID-19.

Donald Alcendor, Ph.D., an associate professor of microbiology and immunology at Meharry Medical College, is competing against a multitude of pharmaceutical companies, colleges and universities across the country to be the first to develop a treatment for the novel coronavirus that has caused a global pandemic, according to NBC News.

Alcendor is likely one week away from developing an antiviral drug. Once submitted, the drug will undergo clinical trials and must be approved by the Food and Drug Administration, which could take a few months. However, if successful, the new drug would be a short-term solution until a vaccine is developed in about 12 to 18 months.

Alcendor, who was on the front lines in the fight against the Zika virus several years ago, will seek to eliminate COVID-19’s ability to reproduce viral proteins. This could help to reduce or stop its potency.

If successful, Alcendor’s treatment could help save millions of lives and also shed light on the importance of historically Black colleges and universities.

Founded in 1876 in Nashville, Tennessee, Meharry Medical College was established to teach medicine to former slaves. It now stands as one of the leading medical institutions in the nation and has produced 4,800 Black doctors, 83 percent of whom work in Black or underserved communities.

COVID-19 has hit the Black community especially hard. In states including Michigan, Illinois and Wisconsin, which have compiled data by race, Blacks are being infected and dying from the virus at a higher rate than other ethnic groups.