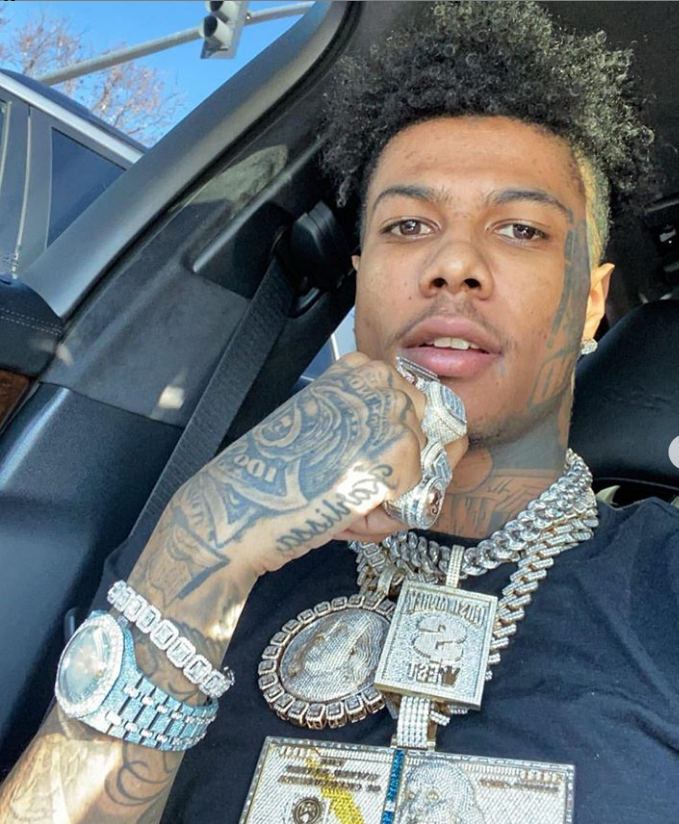 Despite daily news reports about the prolific and deadly coronavirus, Blueface decided to film a video of a stripper party at his home, which quickly degenerated into an episode of “Girls Gone Wild.”

According to TMZ, Blueface and his large entourage were shooting a music video filled with a throng of young women in G-strings and bikinis at his Los Angeles-area home. This would appear to violate social distancing mandates from the California governor and LA mayor.

The video shoot went on without incident as the scantily clad women twerked in a circle with Blueface right in the middle of the titillating “clap fest.”

Blueface, who was born 23 years ago in LA as Johnathan Michael Porter, did little to nothing as a few of the women began throwing insults at each other at high decibels. That quickly devolved into the throwing of hands as Blueface’s crew captured the female brawl for posterity and quickly uploaded the video to social media on Sunday, April 19, 2020.

One of the women even had her wig pulled off. Flip the page to see a video of the wild scene and hear reaction from Blueface’s manager, Wack 100. (NSFW).