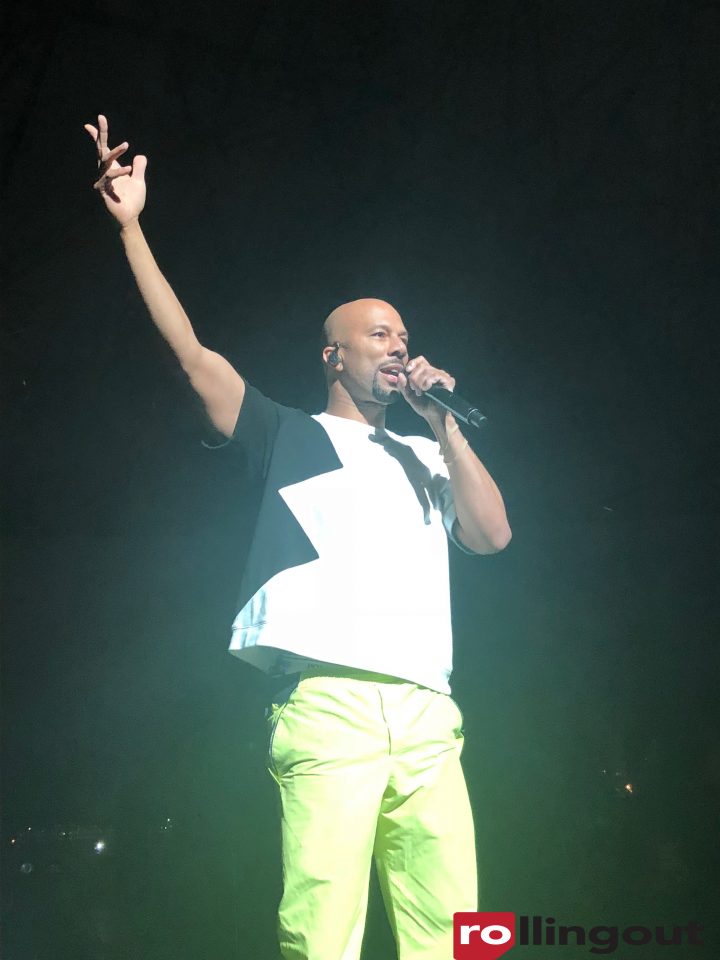 After months of rumors and innuendos, actress Tiffany Haddish and rap icon Common finally went on a publicized virtual date this past week.

The Emmy Award-winning comedienne, 40, and the Oscar-winning rapper, 48, had a live date on the dating app Bumble. However, Wednesday, April 22, Haddish swatted away any questions regarding her romantic status when she appeared on “Today.”

But the Girls Trip star admitted in an interview with fellow comedian Cedric the Entertainer that she was in isolation with the “Glory” emcee because of the outbreak of the coronavirus in the United States.

Keep in mind, however, that Haddish is a paid spokesperson for the dating app Bumble, where she often goes on to elucidate the functionalities of the platform for prospective patrons.

“You looking very handsome yourself,” she said, adding that Common is “so sweet and romantic.” Common had ordered the actress a bouquet of white and green flowers that, not coincidentally, were delivered while they were talking via their cell phones.

Because we know everyone needs a good love story (and a good laugh) right now, we asked our friends @tiffanyhaddish & @common to take us along on their @bumble virtual date this past weekend 😉 💛 Aren’t we all just looking for this kind of chemistry over Video Chat?  Thank you to @tiffanyhaddish and @common for letting us in on virtual date night, for helping us donate food to hospitals in need, and for reminding us a slow jam over Video Chat could be exactly what we need.

As you can see in the video, Common also ordered Haddish some soul food while they chatted on their phones. In addition, both agreed to order food for the nurses and front-line healthcare workers fighting the pandemic on the front lines.

After conversing and watching a South African spy show “Queen Sono,” the couple even danced together through their phones.

“I would love to see you again,” Common concluded the online date before the two signed off, promising to do it again.

What do you make of the Haddish and Common date? Is this the real thing? Sound off in the comments section.