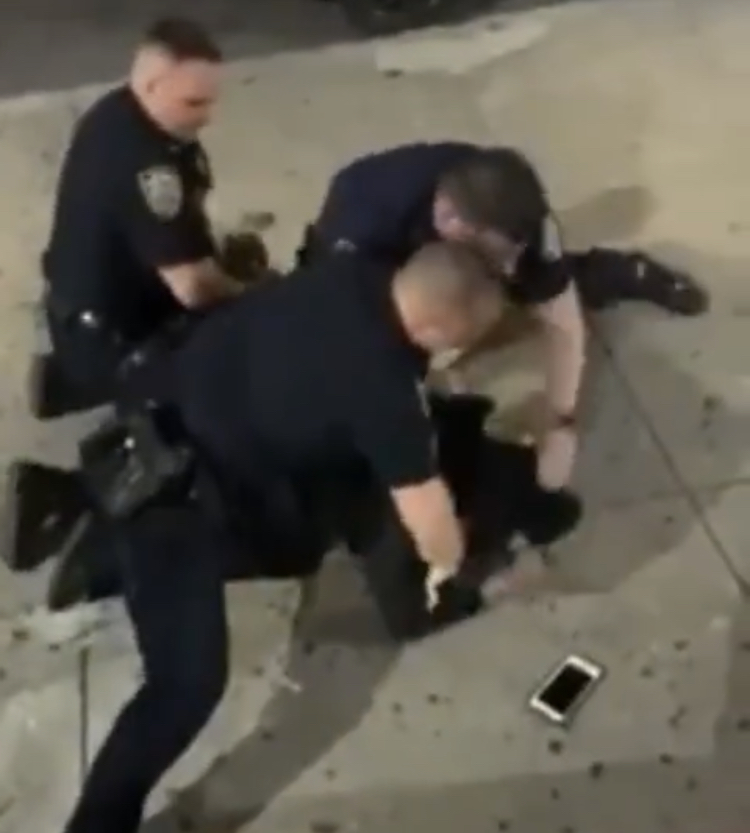 The global pandemic has caused state and city leaders to issue social distancing warnings to help keep citizens safe. However, some police are using violence to enforce social distancing orders, and many believe that Blacks are being targeted.

Several videos have gone viral of police using force against Blacks and other minorities. On Tuesday, May 5, 2020, activist Shaun King posted a video that was taken in Jersey City, New Jersey. In the video, several police officers attempt to arrest Black citizens for allegedly not practicing social distancing.

“Now it’s in Jersey City, New Jersey,” King wrote on his Instagram page. “Police have taken this quarantine as an excuse to ramp up their brutality to historic levels. They are mauling and battering us all over the country. All in the name of social distancing. It’s an abomination.”

King ended his statement by calling out New Jersey Gov. Phil Murphy and asking him to help put an end to the brutality.

But while video of Blacks being brutalized has gone viral, several images have emerged of Whites failing to practice social distancing and not being harassed by cops. Moreover, dozens of majority-White protests have erupted across the country.

For instance, in Michigan, White protestors have stormed the state capitol while holding machine guns, Confederate flags and failing to practice social distancing orders. They have yet to be arrested or face physical harm by the police.

Show me ONE video of your entire time in office of one of your officers punching a young white child square in the face like this. Doesn’t happen.

This was all over social distancing.

You need to call your goons off right away. pic.twitter.com/Ie4iOsXu6O