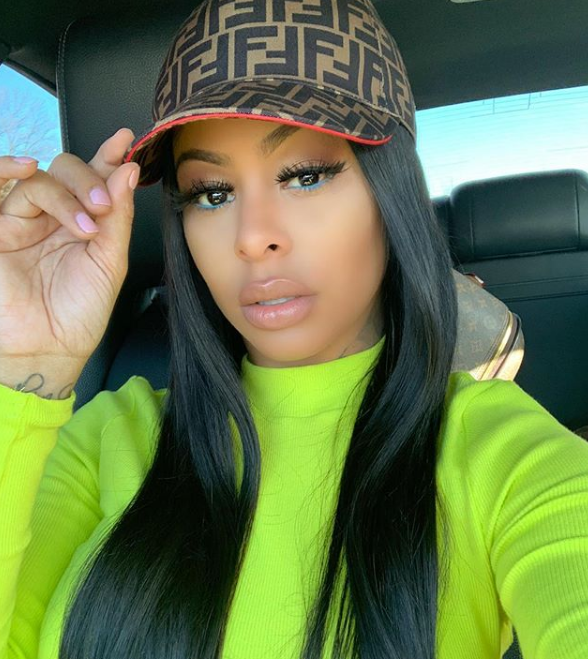 Alexis Skyy said she finally has come to grips with the horde of “sick and evil” social media fans who have been making fun of her 2-year-old daughter who has special needs.

In an interview with “Hollywood Unlocked,” Skyy, 25, said she’s grown thick skin at the Twitter gangsters who throw shade at a defenseless young girl who was born three months premature and had to fight just to live.

“I don’t really let the internet get to me,” said Skyy, who was born Anastasia Mcfarland in Long Island City, New York. “At first, it did bother me, but I just learned to kind of just block it out because it’s disgusting. She’s a baby. If you’re that evil to talk about a kid or what I went through, you’re just an evil person. So, I just learned to just tune that part out. But it was hard, I’m not going to lie. It was hard in the beginning to deal with it.

“But now I just have this barrier up,” she added. “Like Alaiya, I know she’s strong, She’s a fighter. She motivates me every day. So to just see her striving, to help her, that’s my job as a mother, to make sure she’s good.”

I miss my best friend 😔

Skyy called her daughter a miracle baby as she has made significant progress since undergoing four brain surgeries after her premature birth.

“She definitely is, and she strives. That’s what motivates me, to see her just going harder and harder,” she said. “She doesn’t give up, you know what I mean? She’s not just sitting here not walking, not trying to talk. She’s trying her best.”

In December, Skyy penned a moving tribute on Instagram to celebrate her daughter.

“I love you so much Alaiya being your mother is the best thing that happen (sic) to me,” she wrote on IG. “I’m always on the go working I wish I can be there every second but mommy is making a better life for you every second I can every new door that opens just know it’s for you it breaks my heart that I can barely share moments like this cause people are so sick and evil.”

Flip the page to check out Skyy’s IG Live interview with “Hollywood Unlocked.”