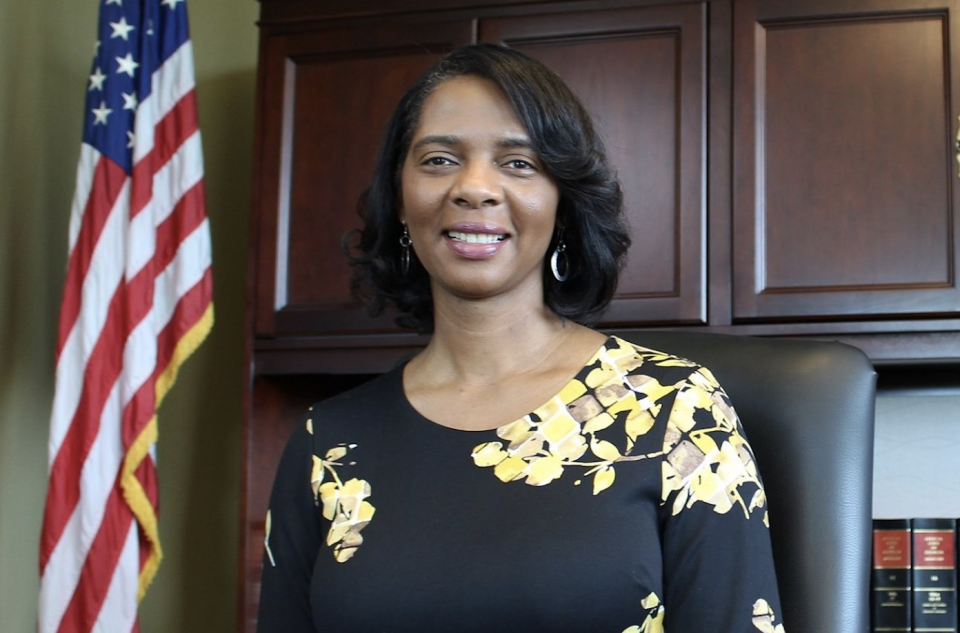 A Black woman will serve as the special prosecutor in the murder case of Ahmaud Arbery.

On Monday, May 11, 2020, Georgia Attorney General Chris Carr named Cobb County District Attorney Joyette Holmes as the special prosecutor in the case that has rocked the nation, according to the Atlanta Journal-Constitution.

The first district attorney assigned to the case, Jackie Johnson, decided to recuse herself, citing a conflict of interest. Johnson once served as the boss of one of the suspects, Greg McMichael. Prosecutor George Barnhill was assigned the case next, but his son worked for McMichael.

The Georgia Bureau of Investigation arrested George McMichael and son Travis McMichael on May 7 in the shooting death of Arbery. They were taken into custody at their homes in Brunswick, Georgia. The two have been charged with aggravated assault and murder and are currently being held in the Glynn County Jail without bond.

On Feb. 23, Arbery was killed while jogging a few miles from his Brunswick home after he passed the predominately White neighborhood of Satilla Shores.

Greg and Travis McMichael stalked Arbery as if he were prey, claiming that he looked like someone who had been breaking into homes in the neighborhood. Arbery, who was unarmed, was shot and killed after he was confronted by the McMichaels. For 74 days, neither was charged with a crime.

A video of the fatal encounter was released last week, sparking national outrage and protests. Many have questioned why it took so long for the McMichaels to be arrested.

Holmes began her term as district attorney in Cobb County, Georgia, in July 2019.