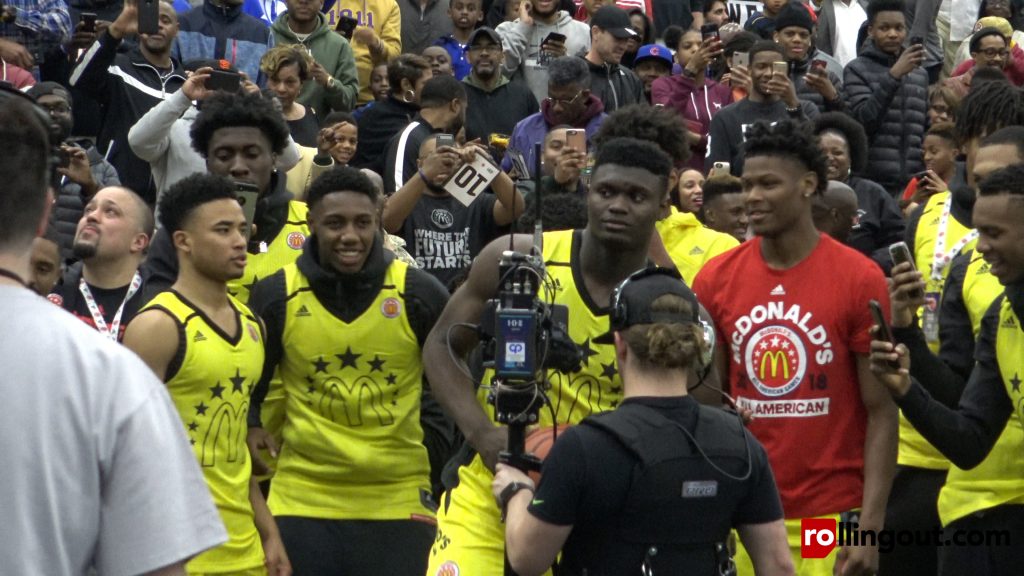 Zion Williamson has been asked by his former marketing representative, Gina Ford, and her company, Prime Sports, to admit he took improper gifts as a collegiate athlete during his freshman year at Duke University, according to ESPN.

Williamson played one electric year at the collegiate basketball powerhouse, then went on to become the No. 1 pick in the 2019 NBA draft, where he landed with the New Orleans Pelicans.

The rookie of the year candidate sued Ford in June of 2019 in an attempt to terminate a previous agreement with her company. His attorneys also claimed that their contract was not official and in direct violation of North Carolina’s Uniform Athlete Agents Act, as it was not certified by the NBA Players Association (NBPA). They also stated that Prime Sports was not a registered athlete agent in North Carolina or Florida.

A filing by Ford, which was submitted last week in Miami Dade County court, requested Williamson admit to the following:

• Sampson and Anderson “demanded and received gifts, money and/or other benefits from persons on behalf of Nike (directly and/or indirectly) to influence [Williamson] to attend Duke University to play basketball.”

• Before becoming a student at Duke, Williamson “or person(s) acting on [his] behalf (including but not limited to Sharonda Sampson and Lee Anderson) accepted benefits from a NCAA-certified agent that are not expressly permitted by the NCAA legislation” between Jan. 1, 2014, and April 14, 2019.