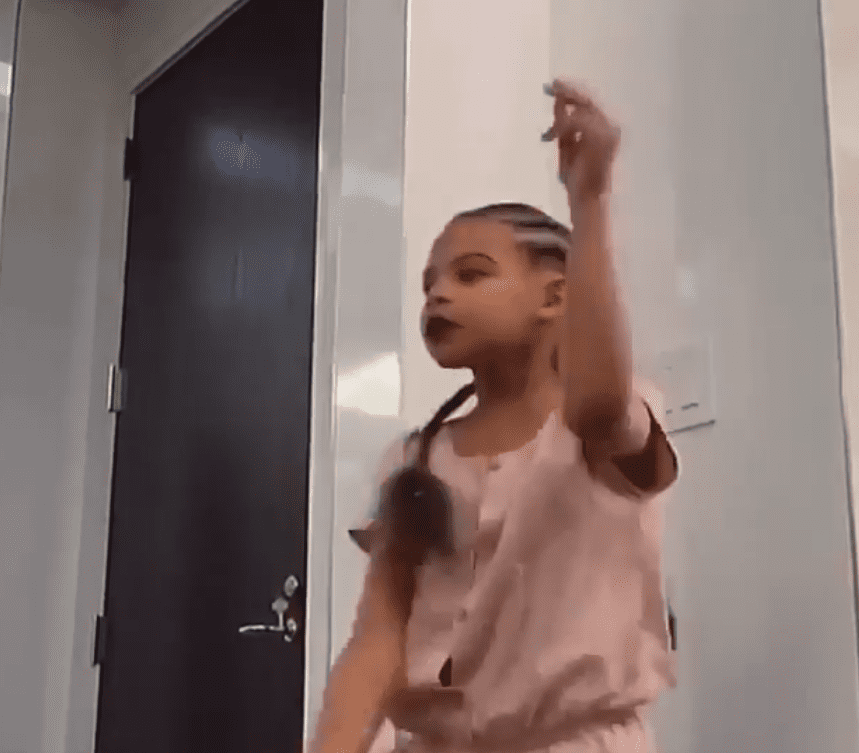 In the short video, Blue Ivy, now 8, is rocking cornrows and a pink outfit while moving fluidly to Queen Bey’s hit Caribbean-tinged tune “Mood 4 Eva” from The Lion King soundtrack

This is not the first time that Manuel has been lauded for his fashion choice for the single-digit daughter of Jay and Bey. A couple of weeks ago, the fashion star posted a video of Blue Ivy sitting in Jay-Z’s lap during the 59th Grammy Awards in downtown Los Angeles from February 2017.

Many fans find it fascinating how Blue Ivy exudes confidence and high self-esteem. It doesn’t seem that long ago that Mother Bey took pains to shield Blue Ivy from the paparazzi as an infant by shielding her with blankets. Today, Blue Ivy is arguably the most magnetic personality in the family.